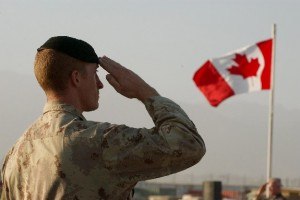 At the behest of the U.S. National Security Agency, Canada engaged in global spying operations, including setting up spy posts. The collaborative efforts of the two nations' spy agencies covered surveillance in "approximately 20 high-priority countries."

The NSA's Canadian counterpart, the Communications Security Establishment Canada (CSEC), "offers resources for advanced collection, processing and analysis, and has opened covert sites at the request of NSA," CBC reports the NSA document as stating.

The newest surveillance revelation made possible by Edward Snowden shows "co-operative efforts" between the CSEC and NSA that go beyond those of the "Five Eyes" (Canada, the U.S,, the UK, Australia and New Zealnd) partnership.

NSA and CSEC operatives not only shared information but worked inside each other's agency. "Co-operative efforts include the exchange of liaison officers and integrees," the document states.

CBC adds that the leaked document, dated April 2013, reveals that the NSA also supplies much of the computer hardware and software CSEC uses for encryption, decoding and other state-of-the-art essentials of electronic spying needed for "collection, processing and analytic efforts."

In return, the NSA acknowledges that its Canadian counterpart provides the partnership with its own "cryptographic products, cryptanalysis, technology and software." Finally, the U.S. agency says CSEC has increased its investment in research and development projects "of mutual interest."

Previous reporting based on Snowden leaks also showed collaborative efforts between the NSA and CSEC, including surveillance during the 2010 G8 and G20 summits in Toronto, as well as "economic espionage" on oil and gas companies in Brazil.