E-cigarettes could become the latest weapon for hackers after a security researcher has show just how dangerous they can be. 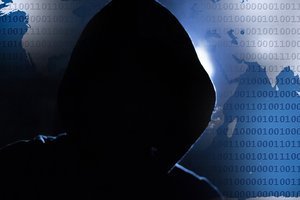 Ross Bevington showed how a fake e-cigarette could be charged via USB and deliver a potentially devastating virus to the victim’s computer.

Giving a talk at the BSides security conference in London Bevington was able to demonstrate how an e-cigarette could be hacked to falsely appear as a keyboard or another peripheral. Once safely connected to the PC it could deliver just a few lines of code that would then kickstart the download process of a powerful virus. Earlier this year another hacker and researcher known as FourOctets uploaded a video to Twitter which showed how an e-cigarette could be used to deliver just enough code to force a message to appear on the screen.

While this is in and of itself harmless, it shows that while you couldn’t store an entire virus on the e-cig you could easily store a small set of instructions which then tells the computer to download it. For individual users this form of hacking presents a relatively low risk. For an e-cigarette to become a delivery device it would have to be physically altered.

Where they can present a risk is with businesses. Bevington believes due diligence should be more than enough to keep them safe. While e-cigs are the latest gadget to be hacked they’re certainly not the most dangerous. The continued work by hackers to break into cars has presented automotive manufacturers with a considerable security headache.