According to the Canadian non-governmental organization Centre for Research on Globalization, MI6 agent tasked to locate a former CIA granted temporary asylum in Russia. 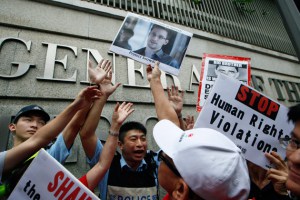 Earlier lawyer Snowden said that American lives and works in Moscow, but specific addresses are kept secret for security purposes.

In a statement, the organization said that the British authorities are seeking Snowden and forward it to the UK or the U.S.. In this Centre for Research on Globalization does not the source of his information.

On the organization's website states that MI-6 agents in Moscow engaged in intelligence analysis of social networks, which they were granted U.S. National Security Agency (NSA) and the Center for Government Communications UK. This refers to the possible whereabouts Snowden.

Currently, the security services are busy analyzing users Twitter, relevant to Snowden as well as data on the telephone conversations of four former employees of U.S. intelligence, who visited Moscow in October to meet with him.

In the Centre for Research on Globalization sure that all contacts of American agents in Moscow have been identified, which allowed Snowden narrow your search and find his daily schedule.

Operation to search ex-CIA operative is a priority in residency MI-6. According to the Canadian NGO, mainly due to the significant damage that publication Snowden caused British intelligence operations in the world, and not a desire to enlist the support of the American side.