A friendly neighbourhood hacker has helped a family reunite with their beloved car which they had to abandon for months after they lost a one-of-a-kind key. 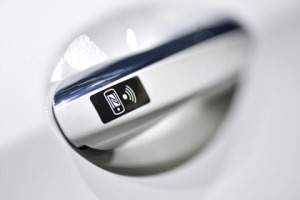 The Higgins family from Surrey in Canada have spent the last two months desperately trying to find a solution to getting back into their Toyota Estima family wagon after dad, John, lost the key to the imported car when he bent down to tie his son's laces one day.

The key features a unique security chip that turned out to impossible to replicate, meaning the imported Japanese vehicle could not start without it. Higgins originally posted his dilemma to Facebook in the hope someone might have seen his keys and it soon went viral. "[This is] the only three-button RFID transmitter key in existence on this continent for our van. This vehicle is a Japanese import with a sophisticated immobilizer, and the key has a chip in it that can't be duplicated by North American Toyota dealers," Higgins wrote.

He further explained "most cars sold by auction in Japan come with only one key", and offered a $500 reward for anyone who found it. Despite being widely-shared, after two months there were no leads and the key did not materialise. What did come from it, however, was the attention of a hacker who claimed could help bypass the security feature.

Without any other alternatives, the desperate Higgins family agreed and the car was towed to a mechanic's lot where the hacker was given access to the vehicle's on-board immobiliser computer. "It was like disassembling the space shuttle — there was miles of wires. It's more computer than car," Higgins told.

The hacker was able to determine which chip on the circuit board stored the key codes and then reprogram the codes to work with new keys. In total, it cost the family nearly $5,000 to get the minivan back in working order, and reportedly left Higgins slightly frustrated at Toyota Japan for not being able to help.

The relieved family now have two sets of keys and will keep one securely locked in a bank vault, they said. While this is a case of hacker using their know-how for good, the rise in vehicular hacking has become a worrying trend for car manufacturers as on-board computer systems become more complex and sophisticated.

Researchers from China recently demonstrated how they were able to hack into a Tesla Model X to remotely control its brakes. Elsewhere Hyundai owners faced their cars being unlocked and started as a result of a flaw in the car's smartphone app.