A botched wireless update for a remotely accessible smart lock system has bricked hundreds of them. 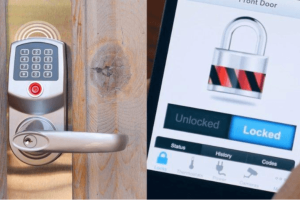 The locks suffered a “fatal error,” according to device’s manufacturer LockState, rendering them unable to locked. Customers are asked to either return impacted locks for repair, or request a replacement.

“We realize the impact that this issue may have on you and your business and we are deeply sorry. Every employee and resource at LockState is focused on resolving this for you as quickly as possible,” wrote Nolan Mondrow, CEO of LockState in an email sent to customers last week. More than 500 customers using model 6000i RemoteLocks are impacted, the company told. In total, about 11 of the company’s keyless lock systems in use today are affected. The 6000i allows customers to remotely manage and monitor doors, and alerts them when assigned codes are used to open a lock using a keypad.

“After a software update was sent to your lock, it failed to reconnect to our web service making a remote fix impossible,” Mondrow said. In lieu of using a keypad code, many impacted customers can use a physical key that comes with the locks, according to LockState.

The company told that on Aug. 7 the company mistakenly sent out an over-the-air firmware update to its 6000i systems meant for its 7000i model locks. The update caused first-generation models of the 6000i locks to malfunction, rendering them unable to be locked and no longer able to receive over-the-air updates.

“After the push happened, we immediately notified those who received the update, and a few hours later we wrote with repair/replacement options,” according to the company.

The 6000i locks were commercially available to anyone, but were also part of its Airbnb Host Assist marketing partnership. Approximately 200 Airbnb customers were impacted, LockState said. A number of Airbnb customers took to Twitter to complain about the problem. Airbnb did not return a request to comment on this story.

The botched update and bricked locks come as more pressure is put on IoT device makers to focus on shoring up device security and reliability. It’s also not the first time a keyless door system has caused owners headaches.

In May, the New York Attorney General Eric Schneiderman settled with Safetech Products over the sale of insecure Bluetooth door and padlocks. The issue in this case had less to do with a fatal error and more to do with Safetech sending clear text passwords via Bluetooth between the locks and the user’s smartphone.