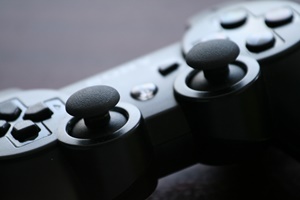 It's the online service that powers Sony's digital storefront, all online gaming on the PS4, and much more. If you're using a PlayStation 4 online in any capacity, you're using PSN.

On Sunday evening, hackers claimed to have breached PSN and stolen database information. The group, named "OurMine," was able to overtake Sony's official PlayStation-branded Twitter accounts to announce the alleged hack. The accounts were quickly retaken by Sony, and the tweets from the hackers were deleted. A handful of Twitter users captured the moment before it was gone, as seen above.

When contacted, a representative for OurMine told the following: "We got only registration info [usernames, names, emails, etc.]. No, we are not going to release it. We are a security group; we will only send it to Sony to prove it. And no, Sony haven't contact us yet."

Despite OurMine's claim to be a "security group," its official website describes the group as "an elite hacker group known for many hacks showing vulnerabilities in major systems." The concept is simple: OurMine hacks services operated by major corporations, publicizes those hacks, then sells its security services to the company it hacked. In the case of Sony's PlayStation Network database, OurMine is claiming it hacked in and stole user information stored in a database.

It's not clear if that information was actually taken; Sony hasn't confirmed or denied the hack, though it's clear that at least Sony's social media accounts were indeed compromised. Following the breach on social media, Sony scrubbed the tweets from OurMine and hasn't issued any statements publicly.