WikiLeaks’ website appears to have been hacked by a group called OurMine, whose previous hacks have targeted tech CEOs, companies, and news sites. 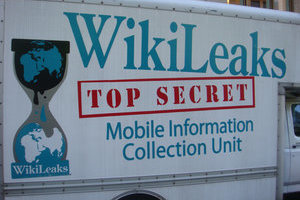 As of early Thursday morning, the WikiLeaks.org homepage displayed a message that read: “Hi, it’s OurMine (Security Group), don’t worry we are just testing your…. blablablab, oh wait, this is not a security test! Wikileaks, remember when you challenged us to hack you?”

“Anonymous, remember when you tried to dox us with fake information for attacking wikileaks [sic]?” the message continues. “There we go! One group beat you all! #WikileaksHack lets get it trending on twitter [sic]!” The message was visible when the site was accessed from some locations Thursday morning. At the time of publication, some visitors to the site were greeted with a message saying that WikiLeaks’ account has been suspended.

Last year, OurMine hacked Twitter CEO Jack Dorsey’s Twitter account, as well as Google CEO Sundar Pichai’s Quora page. The group was also behind hacks that targeted the websites of Variety and BuzzFeed, after the news site published an article that claimed to expose one of its members.

The group, which has been known to commandeer accounts by exploiting outdated passwords, hacked HBO’s social media accounts earlier this month. A WikiLeaks spokesperson did not immediately respond to a request for comment on the apparent hack. 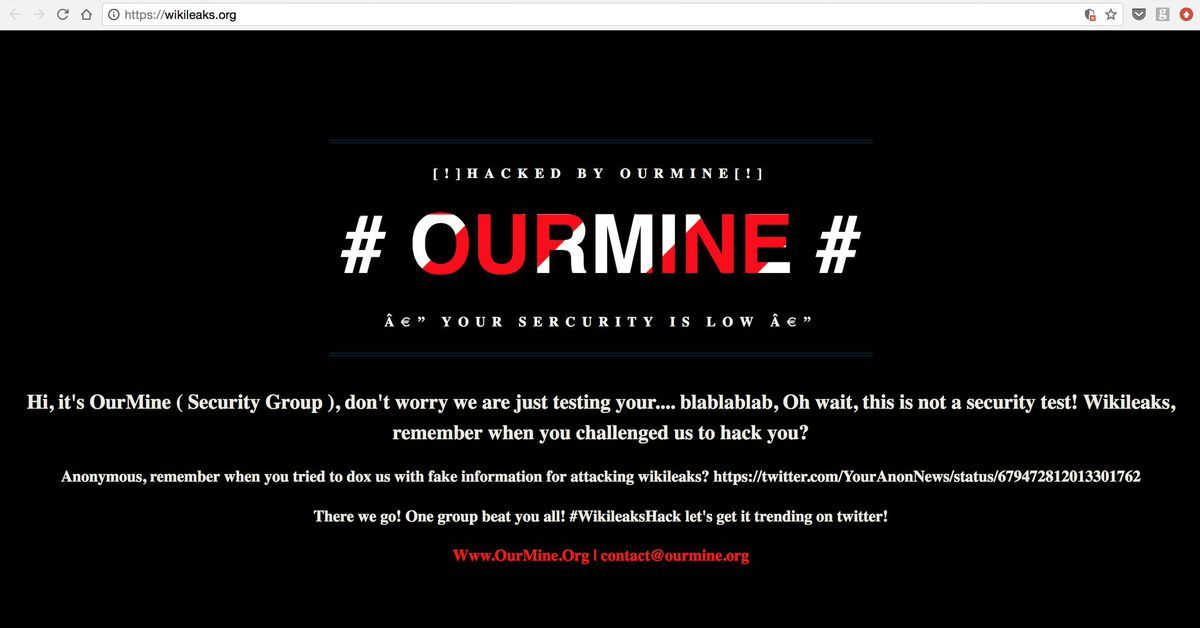