Major telecom companies have been assisting the UK intelligence agency GCHQ by granting access to all the traffic passing through their fiber-optic cables – and by developing Trojan software, leaked papers obtained by German media reveal. 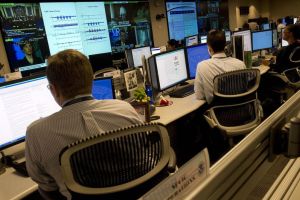 The classified slides obtained by German news agencies Süddeutsche Zeitung (SZ) and NDR list global telecommunication operators among the collaborators of the UK’s Government Communications Headquarters. The documents are said to have been leaked by former NSA contractor Edward Snowden.

The listed telecom giants have allegedly been passing on details of phone calls, emails and Facebook entries to the agency in line with the GCHQ’s operation Tempora. Snowden earlier revealed that Tempora was part of the UK’s data collection programs dubbed ‘Mastering the Internet’ and ‘Global Telecoms Exploitation.’

The seven providers named in the reports own tens of thousands of kilometers of fiber-optic networks, including the high-capacity undersea cables, and literally form the backbone of the internet’s infrastructure.

Intelligence source cited in June, all such firms had “no choice” but to engage in spying, compelled by the GCHQ warrants. Until now, the companies’ names had been strictly kept secret by the agency for fear of “high-level political fallout” and major market losses.

But the fresh leaks also claim to be showing another side of the secret deal, with telecom majors allegedly receiving rewards for developing the spying software for GCHQ on their own. Such software could come in a form of Trojan viruses installed on targeted computers, the reports say, stating that the companies’ involvement in data collection is much larger and more complicated than previously thought.

The reports also list network attacks and deliberate disinformation as the tactics employed by the UK’s intelligence agency in their task for ‘dominating’ the internet.

So far, all but one of the providers listed in the report failed to directly confirm or deny the claims, some saying they comply with the law of the countries they operate in. German market leader Level 3 denied providing access to its communication networks to “any foreign government,” according to SZ. But the news agency then speculated that the company could still serve as a hub for outside data transfer, as in 2011 it acquired the Global Crossing, inheriting its foreign networks – and, possibly, agreements.

The sensitive revelations about GCHQ’s so-called ‘intercept partners’ come as a follow up of the recent Snowden leak saying that the British agency has received at least $150 million from its American counterpart NSA for the “dirty work” of massive intelligence gathering.

The fugitive whistleblower has repeatedly said that the massive surveillance was “not just a US problem,” and that the UK also “has a huge dog in this fight” – GCHQ, which makes it “worse than the US.”