Apple might be aiming to build a hacker-proof iPhone, but it takes time until this ambitious goal is achieved, so for the time being, its devices keep falling victims to security researchers across the world. 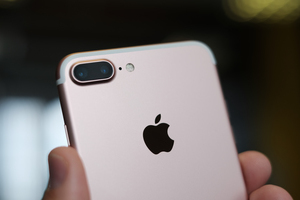 The last it happened was at the Mobile Pwn2Own 2017 competition where hackers or groups of hackers are trying to break into mobile devices, including Apple’s very own iPhone.

On the first day of the event, the iPhone 7 was the target of the Tencent Keen Security Lab team, who managed to break into a device running iOS 11.1 using four different vulnerabilities. Code execution was enabled after exploiting a Wi-Fi bug, with the team also hacking Safari browser on the device. Overall, they earned $110,000 for the first hack and $45,000 for the second. The iPhone 7 was also hacked by Richard Zhu, also known as fluorescence, who took advantage of two different bugs in the Safari and managed to escape the sandbox and run code on the phone. He was rewarded with $25,000.

Apple’s iPhone wasn’t the only device targeted by hackers at Mobile Pwn2Own 2017, as the Tencent Keen Security Lab also attempted to compromise the Samsung Internet Browser on the Galaxy S8. While the first attack failed because the team could not complete the exploit within the allotted time, the device was eventually breached by 360 Security who got code execution and then leveraged a privilege escalation in a Samsung application a persist through a reboot. They earned $70,000 for the hack.

The Huawei Mate9 Pro was also hacked by the Tencent Keen Security Lab team, again scoring a $100,000 reward after compromising the device using a stack overflow in the Huawei baseband processor. For what it’s worth, none of the exploits or the security vulnerabilities leveraged in the contest are public, and the parent companies are most often informed of the issues, which means that patches are expected in the coming weeks.