Spy Files 3: The latest from WikiLeaks

This time the target is the corporate side of the espio/industrial complex, the subject of a release of 249 documents from 49 companies around the globe specializing in making and selling spookware to governments. 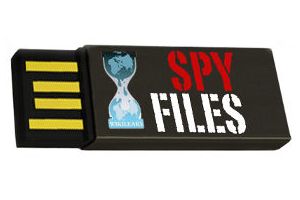 A huge new revelation from Wikileaks this hour has exposed a sweeping surveillance industry, which has been developing spyware for governments to track and control their citizens. RT was among the very few media outlets given access to the documents prior to their release.

WikiLeaks’ publisher Julian Assange stated: “WikiLeaks’ Spy Files #3 is part of our ongoing commitment to shining a light on the secretive mass surveillance industry. This publication doubles the WikiLeaks Spy Files database. The WikiLeaks Spy Files form a valuable resource for journalists and citizens alike, detailing and explaining how secretive state intelligence agencies are merging with the corporate world in their bid to harvest all human electronic communication.”

WikiLeaks’ Counter Intelligence Unit has been tracking the trackers. The WLCIU has collected data on the movements of key players in the surveillance contractor industry, including senior employees of Gamma, Hacking Team and others as they travel through Azerbaijan, Bahrain, Brazil, Spain, Mexico and other countries.

Here’s a video report from RT:

Internet spying technologies now being sold on the intelligence market include detecting encrypted and obfuscated internet usage such as Skype, BitTorrent, VPN, SSH and SSL. The documents reveal how contractors work with intelligence and policing agencies to obtain decryption keys.

Contracts and deployment documents in the release show evidence of these technologies being used to indiscriminately infect users in Oman with remote-controlled spyware. The FinFly ‘iProxy’ installation by Dreamlab shows how a target is identified and malware is silently inserted alongside a legitimate download while keeping the intended download functioning as expected.

The target identification methods mean that anybody connecting through the same network would be systematically and automatically intercepted and infected as well, even unintended targets.