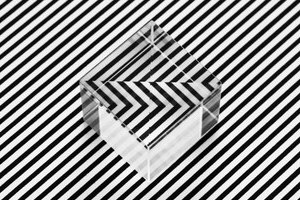 Congress has now decided not only to reauthorize these programs, but also to expand some of their most invasive techniques. The spying initiatives Snowden brought to light are authorized under Section 702 of the 2008 FISA Amendments Act, which was set to expire later this month.

On Thursday, Congress voted down an effort to reform Section 702, and instead passed a bill that expanded warrantless surveillance of US citizens and foreigners. The newly passed bill reauthorizes Section 702 for six years, long after President Trump’s first term in office will have expired. The amendment that the House of Representatives shot down would have added significant privacy safeguards to the law, including the requirement that intelligence agents get a warrant in many cases before searching through emails and other digital communications belonging to US citizens.

The bill Congress did pass, meanwhile, codifies some of the most troubling aspects of Section 702, according to privacy advocates. The legislation still needs to pass in the Senate, where fewer representatives are interested in significantly reforming the law.

Section 702 is intended to allow intelligence officials to electronically surveil non-US "persons reasonably believe to be located outside the United States” without a warrant. The NSA collects millions of video chats, instant messages, and emails under Section 702 by compelling companies like Facebook, AT&T, and Google to hand them over.

The law also allows the FBI to search through the NSA’s database without a warrant, constituting what critics like Democratic Senator Ron Wyden call a backdoor to the Fourth Amendment. The law technically only authorizes the collection of communications belonging to foreign individuals, but citizens and permanent residents easily get swept into the dragnet. For example, Americans who communicate with foreigners may be included.

That appears to be the case with Michael Flynn, Trump’s former national security adviser. Flynn’s communications with Sergey Kislyak were collected when intelligence officials conducted routine surveillance on the former Russian ambassador to the US.

Some gains to 702 reform had been made prior to this most recent bill. In April, the NSA halted one kind of surveillance authorized under Section 702, referred to as so-called “about” collection. It stopped amassing conversations concerning foreign targets, but that weren’t from the targets themselves. If two people discussed a terrorist’s email address in a text for example, their communications could previously get swept into an NSA database despite not being of specific intelligence interest themselves. The spy agency halted the program because it couldn’t stop accidentally collecting information belonging to Americans.

But the bill newly passed by Congress opens the door to reintroducing about collection in emergency situations only—though what constitutes an “emergency” isn’t specified, leaving room for broad interpretation. In the event that about collection did resume, experts say the new legislation would allow for a far more broad implementation. Now, just mentioning a target—rather than an identifier like their email address—could get you sucked into the dragnet.

“Not only does the bill say you have our blessing to collect communications that contain a target's email address, it also endorses collecting communications that merely contain a reference to the target,” says Elizabeth Goitein, co-director of the Liberty and National Security program at New York University School of Law’s Brennan Center for Justice. “So literally if you and I sent an email to each other that had the word ISIS in it, if you and I send an email that talks about ISIS, under this bill the government is authorized to collect it.” (Assuming ISIS is a group that the NSA is specifically targeting.)

The bill does impose a warrant requirement upon the FBI, but the way it’s written appears to weaken privacy protections rather than strengthen them, says Goitein. Under the legislation, FBI agents need a warrant to search the Section 702 database when a criminal investigation has already been opened, but not when national security is involved. That means the FBI can query the database on nothing more than a tip. “It incentivizes doing searches earlier and earlier, when it’s less and less justified,” says Goitein.

Much of the debate leading up to Thursday’s vote had been shrouded in secrecy. The intelligence community has largely refused to provide lawmakers and the public with detailed information about how Section 702's programs operate and, crucially, how effective they are. “There’s a lot of inaccuracies that are put out about it. These enormous mischaracterizations are put out,” says Neema Singh Guliani, legislative council at the ACLU.

During the lead-up to the vote, the House Permanent Select Committee on Intelligence, chaired by Republican Congressman Devin Nunes, circulated a fear-mongering flyer that said adding privacy protections to Section 702 would make it impossible for law enforcement to surface intelligence about a hypothetical suspicious vehicle parked outside the Washington Monument.

The misleading rhetoric around Section 702 tripped up Trump Thursday, as he appeared to contradict his own party’s stance on the bill just hours before the vote. In a tweet, the president implied falsely that the law had given intelligence officials the legal authority to spy on his campaign. The message came merely a day after White House press secretary Hope Hicks released a statement in support of the law.

The president was likely steered away from his official position by a Fox News broadcast, during which Libertarian Judge Andrew Napolitano told the president that Section 702 “is not the way to go.” Trump’s tweets appeared moments after the segment. An hour later, Trump reverted to the party line. In a follow up tweet, he said “we need” Section 702. Frankly, the president doesn’t seem to understand how Section 702 works. He’s not alone.