Ohio Attorney General Mike Devine at a press conference told reporters on the existence of a powerful facial recognition software that can access the database license. Photos from ID, he said, were secretly transferred to the police. 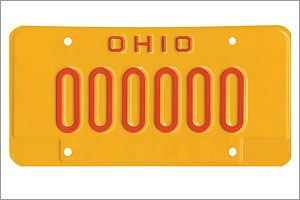 How does the photos were in the program is unknown. The system compares the faces of the people on driving licenses with CCTV footage and photographs of offenders detained in police stations.

Devine said that the police have successfully used the new technology of data processing from June 2 of this year. During that time, were carried more than 2.6 million search queries.

The program is aimed at more efficient use of surveillance cameras, wrote Raw Story. Only in one of Cincinnati police have access to 118 devices to monitor. By the end of 2014 the number of available law enforcement external video cameras will be 1 million units, estimated by experts.

Thus, anyone who has access to police the program automatically gets the opportunity to find out the address, social security number and other personal data of any motorist from Ohio.

OUR POINT
It is very usual to hear something like this, but again our experience told us that almost all security systems made by man can have flaws inside. This system, which was designed for security surveillance should have more layers of protection. Therefore, the incidents like this would not happen in the future.

Previously, Devine said that this information was not supposed to do in the public domain, because such a system is started as early as 26 states.