Bell Canada is alerting customers after hackers illegally accessed the information of fewer than 100,000 customers, the telecom giant told. 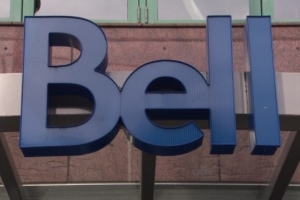 The breach comes just eight months after 1.9 million customer emails were stolen from Bell's database by an anonymous hacker. Bell is Canada's largest telecom company, with over 22 million customers.

The information obtained in the latest breach included details such as names, email addresses, account user names and numbers, as well as phone numbers. Bell said there was no indication that credit card, banking or other information was accessed. But, it would not say when the breach took place or whether it was related to a past incident. "We apologize to our customers and are contacting all those affected," said Bell spokesperson Marc Choma in an email.

Bell added that it had notified appropriate government agencies including the Office of the Privacy Commissioner of Canada. "Bell works closely with law enforcement, government and the broader technology industry to combat the growth of cybercrimes, and we have successfully supported law enforcement in past prosecutions of hackers," Choma said.

Tobi Cohen, a spokesperson for the Office of the Privacy Commissioner, confirmed in an email that Bell had notified it of the breach and that it is following up with the company to get more information and "determine follow up actions." The RCMP is also investigating.

Chester Wisniewski, an expert at the data security firm Sophos Canada, said the breach did make customers more likely to be victimized by potential phishing attacks; as seen in other big breaches like those at LinkedIn and Ashley Madison.

"When you see email addresses leaked, that's a really good thing for spammers and phishing attacks through email, because they know that if you're in Bell's database, you likely to have some sort of commercial relationship with Bell," he said.

"So, they can send you one of those fake emails saying, 'Hey your cell phone bill is due, click here to login.'"

Wisniewski added that Bell was under no legal obligation to notify customers of the breach, because stolen email addresses are not considered personally identifiable such as a driver's licence or social insurance number.

"A lot of times when companies lose this kind of information, they don't even tell you," he said. "The good thing about them telling us is to put us on alert for those types of things now." A person or group claiming to be behind the attack against Bell in May warned in an online post that more data would be leaked if Bell did not co-operate.