Security firm Trustwave has disclosed the details of several vulnerabilities affecting Netgear routers, including devices that are top-selling products on Amazon and Best Buy. 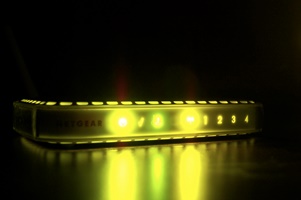 The flaws were discovered by researchers in March 2017 and they were patched by Netgear in August, September and October.

One of the high severity vulnerabilities has been described as a password recovery and file access issue affecting 17 Netgear routers and modem routers, including best-sellers such as R6400, R7000 (Nighthawk), R8000 (Nighthawk X6), and R7300DST (Nighthawk DST). According to Trustwave, the web server shipped with these and other Netgear routers has a resource that can be abused to access files in the device’s root directory and other locations if the path is known. The exposed files can store administrator usernames and passwords, which can be leveraged to gain complete control of the device.

Another high severity flaw affecting 17 Netgear routers, including the aforementioned best-sellers, can be exploited by an attacker to bypass authentication using a specially crafted request. Trustwave said the vulnerability can be easily exploited.

A flaw that can be exploited to execute arbitrary OS commands with root privileges without authentication has also been classified as high severity. Trustwave said command injection is possible through a chained attack that involves a CSRF token recovery vulnerability and other weaknesses.

Two other command injection vulnerabilities have been found by Trustwave researchers, but they have been rated medium severity and they only affect six Netgear router models.

The other medium severity command injection is related to the Wi-Fi Protected Setup (WPS). When a user presses the WPS button on a Netgear router, a bug causes WPS clients to be allowed to execute arbitrary code on the device with root privileges during the setup process.

“In other words, if an attacker can press the WPS button on the router, the router is completely compromised,” Trustwave said in an advisory.

Netgear has put a lot of effort into securing its products, especially since the launch of its bug bounty program one year ago. In 2017, the company published more than 180 security advisories describing vulnerabilities in its routers, gateways, extenders, access points, managed switches, and network-attached storage (NAS) products.