Facebook’s history of tracking you

Facebook is launching an aggressive technique to track people across the Web. 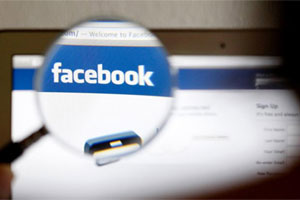 For years people have noticed a funny thing about Facebook's ubiquitous Like button. It has been sending data to Facebook tracking the sites you visit.

Each time details of the tracking were revealed, Facebook promised that it wasn't using the data for any commercial purposes. No longer. Last week, Facebook announced it will start using its Like button and similar tools to track people across the Internet for advertising purposes. Here is the long history of the revelations and Facebook's denials:

April 21, 2010 – Facebook introduces the "Like" button in 2010 at its F8 developer conference. Facebook founder Mark Zuckerberg declares that it will be "the most transformative thing we've ever done for the Web."

He says his goal is to encourage a Web where all products and services use people's real identity. He suggests, in fact, that creating a personally identifiable web experience could be divine: "When you go to heaven, all of your friends are all there and everything is just the way you want it to be," he says. "Together, let’s build a world that is that good."

Nov. 30, 2010 – Dutch researcher Arnold Roosendaal publishes a paper showing that Facebook Like buttons transmit data about users even when the user doesn't click on the button. Facebook later says that Roosendaal found a "bug."

May 18, 2011 - The Wall Street Journal reports that Facebook Like buttons and other widgets collect data about users even when they don't click them. Facebook's chief technology officer says, "we don't use them for tracking and they're not intended for tracking."

Sept. 27, 2011 – Facebook tells the New York Times that it doesn't use data from Like buttons and other widgets to track users or target advertising to them, and that it deletes or anonymizes the data within 90 days.

Oct. 1, 2011 – Blogger Michael Arrington digs up a Facebook patent application for "a method … for tracking information about the activities of users of a social networking system while on another domain." The title of his blog post: " Brutal Dishonesty."

Dec. 7, 2012 – As the Wall Street Journal finds that Facebook Like buttons and other widgets appear on two-thirds of 900 websites surveyed, the company says again it only uses data from unclicked Like buttons for security purposes and to fix bugs in its software.

June 12, 2014 – Facebook tells Ad Age that it will start tracking users across the Internet using its widgets such as the Like button.

It's a bold move. Twitter and Pinterest, which track people with their Tweet and PinIt buttons, offer users the ability to opt out. And Google has pledged it will not combine data from its ad-tracking network DoubleClick with personally identifiable data without user's opt-in consent. Facebook does not offer an opt-out in its privacy settings.

Instead Facebook asks members to visit an ad industry page, where they can opt out from targeted advertising from Facebook and other companies. The company also says it will let people view and adjust the types of ads they see. Facebook got back to us to say they have not yet rolled out this type of tracking and that, at first, it will only be used on mobile devices. They also point out that they will not share information about users' Web browsing habits directly with advertisers, but will use the data themselves to help advertisers pinpoint ads.