Dropcam, the popular home monitoring camera startup, will be acquired by Nest, maker of smart thermostats and smoke detectors. 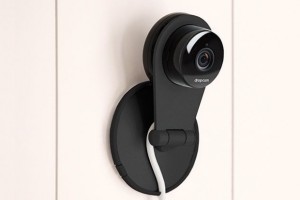 The deal is worth $555 million in cash. “The teams are very well-aligned and we love the product,” Rogers said. “We both think about the entire user experience from the unboxing on. We both care deeply about helping people stay connected with their homes when they’re not there.”

Dropcam, similar to Nest, offers a limited line of tightly integrated hardware and software. The camera company has only three products: the $149 Dropcam, $199 Dropcam Pro, and $29 Dropcam Tab. All three devices are aimed at helping customers monitor home activity through motion sensors and video recordings.

The Wi-Fi-enabled Dropcam and Dropcam Pro let users access the camera feeds and even project their voice via speakers using the company's mobile app, while the camera-less Tab can be placed on windows and doors to monitor more singular activities, like opening and closing and other types of motion.

Nest has used the thermostat and smoke detector as the linchpins and starting points for its smart-home philosophy, which starts with hardware and aims to expand into a software platform layered over a web of connected home appliances.

Google bought Nest in January for $3.2 billion. The deal, however, was sealed solely by Nest, the company said, and will be used to expand the Nest brand into home security and video monitoring. Nest has ballooned from 130 employees at the end of 2012 to more than 460 this year. Dropcam will relocate from its San Francisco office to Nest's Palo Alto, Calif., headquarters.