Experts from Dr.Web have found a new Trojan.Mayachok

The problem is that Trojan shows advertising to users and at the same time reads the information from the computer. 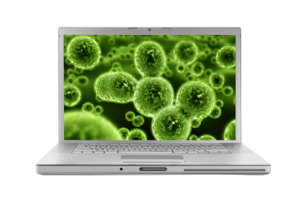 Experts have found a new threat from Trojans, marked Trojan.Mayachok 18831, it extends with the help of e-mail sending.

After starting on the infected device, Trojan.Mayachok 18831 verifies presence of the duplicate at which identification ceases to function in system. Moreover, malware makes search of active anti-virus programs and sends found information to the server of malefactors.

Then Trojan obtains data on the house folder of the Windows user, tries to read the configuration file which was created earlier. If the attempt isn’t successful, it will start using its own installations.

During the work with browser, Trojan.Mayachok 18831 shows annoying advertizing to the user. Such browsers as: "Yandex. The browser", Google Chrome, Mozilla Firefox, Opera and Microsoft Internet Explorer suffer from its attacks mostly. Also, a lot of social network accounts are under threat. The harmful program introduces the content in the profile page in such a way that personal information of the victim remains unchanged, and the program receives the text and images from its own script.

In attempt to change the profile information, there is the following problem – 250 rubles will be demanded for a profile unblocking from the victim. Trojan can keep and send screenshots of the infected personal computer to the server of malefactors as well.

Attacks of such malware programs as Trojan.Mayachok were popular in 2013. There were more than 1500 types of Trojans with different modifications which infected the personal computer, blocking Internet connections. Lately, the rating of similar Trojans was decreased, because new threats appeared which create the history of computer hacking.