The FBI is investigating an incident of data theft from JPMorgan Chase & Co. (JPM) that could potentially have been carried out by Russian hackers, Bloomberg reported Thursday, citing sources familiar with the situation. 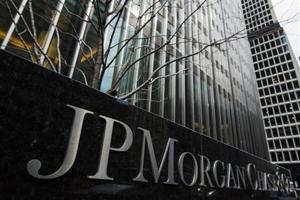 “The way the Russians do it, to the extent we can see into the process, is they encourage certain targets,” James Lewis, the director of the Strategic Technologies program at the Center for Strategic and International Studies in Washington, was quoted as saying by Bloomberg.

“The Russians typically keep open the options to do something more, and the question now is what would trigger that and what would our response be,” he added. JPMorgan spokeswoman Patricia Wexler noted that large companies such as JPM are frequent targets of cyber-attacks and have multiple layers of defense in order to prevent possible threats, Bloomberg reported.

The attack is said to have resulted in the loss of gigabytes of sensitive data. Bloomberg cited security experts as saying that breaking through the website’s layers of elaborate security would require skills beyond those of ordinary hackers.

Russian hackers could have carried out a cyber-attack in response to the sanctions that the United States and other Western countries have imposed on Russia over its alleged role in the escalation of the Ukrainian crisis, according to Bloomberg’s sources.

Moscow has repeatedly called the sanctions counterproductive and has denied any involvement in the Ukrainian conflict.