FBI Director James Comey has been on a media tour lately, making an anti-encryption pitch to the public. Now Comey is bringing the argument straight to Congress, asking them to update a law to allow backdoors in smartphones. 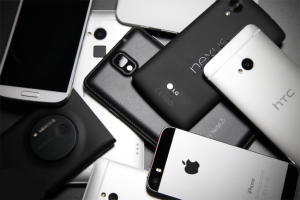 Apple's new encryption standards, Comey has argued, are an unnecessary hurdle to law enforcement — and the FBI needs an easy way to bypass them.

The Communications Assistance for Law Enforcement Act, or CALEA, was passed in 1994, and required telephone providers to make it possible for law enforcement to wiretap phones. Newer forms of communication aren't explicitly mentioned in the law, and Apple's new encryption standards don't leave room for any government access. Even if government officials ask for data, Apple says, the company can't comply. (The same is true for Android.)

Comey is asking Congress to update CALEA so law-enforcement backdoors would be legally required, but that could be a protracted battle: the debate over what law enforcement should be able to access has been going on for decades now, and privacy advocates have pushed back against recent measures.

Politicians like Rep. Darrell Issa (R-Calif.) and Sen. Ron Wyden (D-Ore.), two well-known advocates for internet freedom and privacy, have already said they had a oppose a measure to broaden CALEA. Rep. James Sensenbrenner (R-Wis.) was more open to the idea, but even he admitted that passing an expansion wouldn't be easy. He told The Hill it will "be a tough fight for sure."