Four in 10 people in the USA report experiencing weekly and even daily attempts via their personal computers to access their personal information and other valuable data. 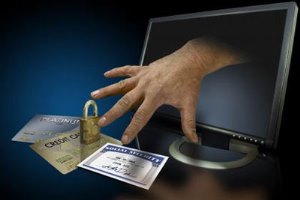 Across the range of electronic devices people use today, consumers worry most about their PCs being compromised — and for good reason: 42 percent of Americans report experiencing weekly and even daily efforts by criminals to gain access.

That figure compares to 18 percent reporting daily or weekly fraud attempts via mobile phones; 28 percent via landline telephones, and 22 percent via tablet computers. On the plus side, the 2014 survey data show a big jump in the number of individuals taking affirmative steps to help protect their mobile devices. After all, mobile phones and laptops can contain as much — if not more — personal information as home computers.

Seventy-three percent of this year’s respondents said they take steps to protect themselves on mobile devices, up a whopping 25 percentage points from similar data compiled in 2012. On average, U.S. Internet users say they take three unique steps to help safeguard their mobile devices. That compares to an average of five steps to help protect PCs and eight steps to shield personal information generally.

Mobile safety precautions include downloading apps from trusted companies or publishers (49 percent in 2014, up 21 percentage points from 2012); regularly updating mobile programs and apps (41 percent, up 17 percentage points from 2012); always using a four-digit PIN or passcode to lock the mobile device (39 percent vs. 20 percent in 2012), and opting for a more current mobile operating system (37 percent vs. 21 percent in 2012). Regardless of the device, Microsoft routinely advises that “newer is better,” as more up-to-date technology often includes the latest security and safety features.

This year’s survey, which polled 1,006 respondents ages 18 to 74, asked Americans about their concerns over and experience with four major types of scams: general, shopping, impersonation, and advance-fee fraud/job scams. Findings show consumers are more worried about general scams versus two years ago, with nearly two-thirds of respondents (65 percent vs. 54 percent in 2012) voicing concerns about schemes such as phishing, spear-phishing, fake websites and healthcare scams.

Fears about shopping scams grew the most, up six percentage points from two years ago to 60 percent. Shopping scams include attempting to make a purchase at an unsecured website, overpayment, email shopping and so-called “Congratulations, you’ve won!” lottery scams.

In addition, concerns about several specific scam and fraud methods increased, with fake websites and major event scams up 13 and 12 percentage points, respectively — the two largest category increases since 2012. Meanwhile, the average number of traditional scams that consumers experienced fell by more than half (53 percent), as the incidence of a number of more traditional scams also dropped.

Lottery and other advance-fee fraud scams, for example, both dropped by nine percentage points each, the most of the more traditional scams. That said, survey results show users are experiencing new scams associated with social networking sites, as well as an uptake in telephone fraud, raising the total number of scams experienced back to 2012 levels.

Criminals are eager to gain access to people’s private account and other sensitive personal data because such information is extremely valuable — not only to attempt to perpetrate a one-time fraud, but to seek to coalesce a portfolio of data about an individual so as to pretend to be him or her — in other words, to commit identity theft. There are four primary tips to help protect users from identity theft: