DeathRing, a new Pre-loaded mobile trojan in the wild

The number of Pre-loaded mobile trojan in the wild is increasing, DeathRing is the last one discovered by the experts at Lookout firm. 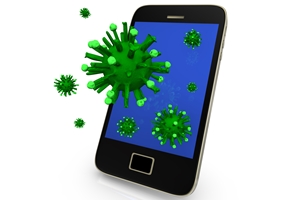 It’s not first the time that Android handsets come preloaded with malware, but cyber security experts are warning of a worrying increase of the cases.

The problem is widespread in Asia and Africa, where criminals are able to compromise the supply chain. Similar cases are frequent for a cheap, low-level devices. The AV company Dr. Web recently spotted a mobile Trojan embedded in the firmware of several low price Android devices. Security researchers at Lookout firm have detected pre-loaded instances of the DeathRing malware for the second time in 2014, unfortunately they are not currently aware of where in the supply chain the mobile trojan is installed.

“DeathRing is a Chinese trojan that is pre-installed on a number of smartphones most popular in Asian and African countries. Detection volumes are moderate, though we consider this a concerning threat given its pre-loaded nature and the fact that we are actively seeing detections of it around the world.” reports the blog post from Lookout.

The DeathRing trojan has been detected in Vietnam, Indonesia, India, Nigeria, Taiwan, and China. The DeathRing trojan masquerades as a ringtone app, but once infected the mobile device, it is able to download malicious content from the C&C servers to use for malicious activities. The malicious app downloads SMS and WAP content from the control infrastructure as explained by the experts.

“For example, DeathRing might use SMS content to phish victim’s personal information by fake text messages requesting the desired data. It may also use WAP, or browser, content to prompt victims to download further APKs — concerning given that the malware authors could be tricking people into downloading further malware that extends the adversary’s reach into the victim’s device and data.” states the post.

Very interesting are the ways used by the malware to start malicious operation, basically it could activate itself in these cases:

The DeathRing malware is loaded in the system directory of several devices mostly from third-tier handset manufacturers, which include:

Earlier this year, the experts at Lookout detected a similar strain of pre-loaded malware called Mouabad, which affected predominantly Asian countries. The principal problem approaching pre-loaded malware is the impossibility for security vendors to remove them.