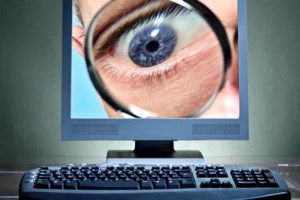 Now it sounds like it plans to take that another step further: engineers are developing a system to identify any individual in the country who goes online, according to a report, citing comments made to the semi-official Iranian Students’ News Agency.

“In future when people want to use the Internet they will be identified, and there will be no web surfer whose identity we do not know,” the country’s minister of telecommunications Mahmoud Vaezi was quoted as saying. He did not provide further details about how this would work, or the timing for when this system would be turned on. We have been trying to find the original source material the AFP is reporting on. We have also contacted the ISNA for more detail. So far, no dice.

The idea with IDing users seems to be that by doing so, it will deter them from posting or reading contentious material by making it impossible to do so anonymously. It comes alongside wider plans to introduce filtering services to identify and block offensive content.

The smart filtering services would be rolled out in phases, with levels of service being turned on in one, three and six months. From the looks of it, the filtering appears to be a system that will detect and block out portions of websites that are deemed criminal (in the eyes of Iranian authorities) without blocking the full site. The full project is expected to be completed in 10 months.

This is not the first time that Iran has been in the news for technology to ID users. In 2012, Iranian authorities were reportedly testing a service that would be used in public places, specifically venues like Internet cafes (a popular way of going online in Iran, where about 30 million of its 75 million citizens use the Internet), that would require users to log in to use services.

Perhaps bowing to international pressure, Iran has in the past denied that it was working on such services, although it has, ultimately, continued to work on ways to restrict Internet access. Among the millions of sites that are regularly blocked for hosting politically or religiously contentious content are Google, YouTube, Twitter, Facebook and most recently WhatsApp and other communications apps like Viber and Tango.

Internationally, the country has been more notorious for allegedly hosting and supporting hackers who have carried out infrastructure attacks in opposition to Stuxnet and spreading malware, with the aim of disrupting services thought to be supportive of the U.S. or Israel — claims the country has denied.