Former Apple exec sentenced to one year in prison

It isn’t every day you hear about a scandal at Apple, a company that’s renowned for its secrecy and security. 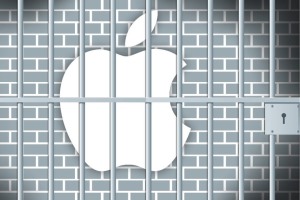 Several years ago Paul Devine, an Apple supply manager from 2005 to 2010, was accused of passing top-secret information about Apple’s iPod and iPhone plans to Asian suppliers to help them get a better price from the company. Devine was finally sentenced to one year in prison and a $4.5 million fine for his part in the kickback scheme this December.

A San Jose federal court sentenced Devine several years after he pleaded guilty to his crimes in 2011. It’s not clear why the U.S. Attorney’s Office delayed the sentencing for three years. Although Devine managed to avoid a maximum 20-year prison sentence, he will have to pay a much larger fine than previously expected.

As part of a plea deal he set in 2011, Devine agreed to relinquish $2.28 million in money and property. The $4.5 million the court ordered him to pay is nearly double the amount set in the plea bargain three years ago. The court gave no explanation as to why the fine increased or why the jail sentence was set to just one year.

It’s possible that Devine helped convict other members of the kickback scheme, including two former supply chain company executives. Chua Kim Guan, the managing director of Jin Li Mould Manufacturing, and Andrew Ang Kok Kiat, the company’s sales director at the time, were both convicted for bribing an Apple executive.

In addition to the federal case, Apple filed a civil suit against Devine, in which the company accused him of accepting more than $1 million in bribes from suppliers. The case mentioned suppliers Pegatron, JLJ Holdings, Cresyn, Glocom/Lateral Solutions, Fastening Technologies, and Nishoku Technology specifically. Back in 2010 Devine pleaded not guilty, though he later changed his tune during the federal case.