Last week Instagram announced that it was going to crack down hard on spammers and fake accounts. 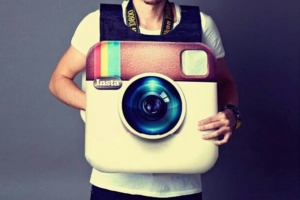 One social-media marketer said that it would be “chaos” and speculated that over 10 million accounts could be deleted. The crackdown kicked off this week, and people are freaking out.

As Instagram removes accounts that aren’t up to snuff with the company's community guidelines, users have watched their follower numbers plummet. One account by the name of miyoungnews reported losing over 100,000 followers in a matter of days. Thousands of users have been flooding the official Instagram account’s comments section to voice their fear and anger. 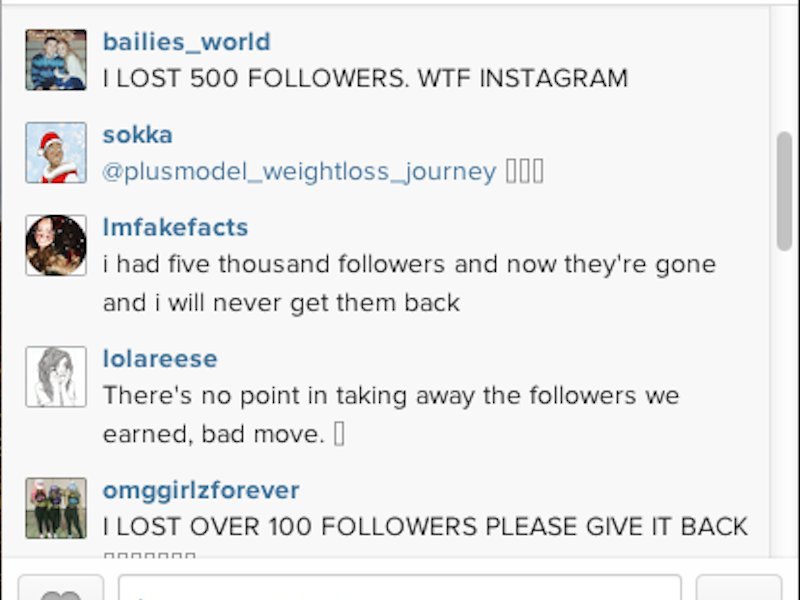 “Everyone, if we all work together Instagram could have no followers, get what I'm saying?” wrote user coloured.pixels. Web developer Zach Allia created an infographic outlining the damage to Instagram's 100 most popular accounts, and celebrities have clearly been hit hardest.

“When we remove accounts from Instagram that don't follow our Community Guidelines, you may see a decrease in your follower count," the company wrote in a blog post. “This shouldn’t affect engagement from authentic accounts that like and comment on your posts."

Instagram’s community guidelines state, “When you engage in self-promotional behavior of any kind on Instagram it makes people who have shared that moment with you feel sad inside. This guideline includes repetitive comments, as well as service manipulation in order to self-promote, and extends to commercial spam comments, such as discount codes or URLs to websites. We ask that you keep your interactions on Instagram meaningful and genuine."

As anger and confusion grows, misinformation has also spread. Many users have begun sharing fake, official-looking posts from Instagram claiming that Instagram is randomly deleting fan accounts unless they use the #confirmFanaccount hashtag. Users who post that hashtag are then flooded by bots and other users concerned about the status of their accounts.

Many teen Instagram users play hashtag games and compete to expand their follower base. “Their photos are usually uploaded with 15 to 20 hashtag accompaniments at a time in an attempt to be more visible on Instagram. The more visible and searchable you are, the more likely you are to pick up a new follower or more likes,” Caroline Moss wrote in June.

This type of activity also makes you more visible to spambots and fake accounts trying to boost engagement to appear real. Consequently, teen users with thousands of followers may not even be aware a significant portion of their followers are actually bots.

Not all users are angry about the update however. Some are thankful that Instagram is leveling the playing field and trying to clean up junk accounts. “I love you guys even more now because you deleted accounts,” writes user naddyooppp. “This can show which celebrity has THE REAL fans instead of a fan who made up a few accounts just to get their favorite celebrity many followers. Good job.”