Facebook hiring spree hints at ambitions in virtual reality and beyond

Virtual reality goggles, drones and data centers are all driving a hiring spree at Facebook Inc that is set to swell its ranks as much as 14 percent in the near term, according to a review of job listings on the company's website. 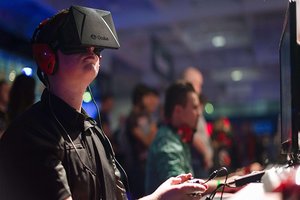 The Internet social networking company aims to add nearly 1,200 new employees, the outgrowth of aggressive investments that executives have said will define the coming year.

Oculus Rift, the maker of virtual reality headsets that Facebook acquired in a $2 billion deal last year, is among the key areas slated for growth, with 54 jobs listed on its website, according to a review of listings. Among the roles that Facebook needs to fill for the Oculus business are managers to oversee logistics, procurement and global supply chain planning - a sign, some analysts say, that the product is nearing its commercial release.

The market for virtual reality headsets is still nascent. But if virtual reality takes off for entertainment, gaming, communications or computing, Facebook could be at the center of the new platform with Oculus. Facebook’s ambitious effort to build its own satellites and drones capable of delivering Internet service to remote regions of the world is another important area for hiring: the program has Facebook searching for specialists in areas such as avionics, radio frequency communications and thermal engineering.

“We are an ambitious company run by an ambitious CEO,” Facebook Chief Operating Officer Sheryl Sandberg told Reuters in an interview. “Our users are growing and our business is growing and we want to support that,” she said, noting that Facebook’s business is much more expansive today than a few years ago, with offices throughout the world. 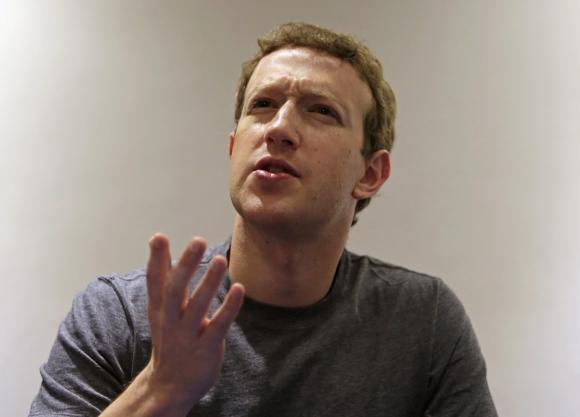 The jobs run a gamut from sales people to software engineers for Facebook's 1.35-billion-member social network. Facebook's growth spurt comes as the company expands into new markets and faces stiffening competition from Web rivals Google Inc, Alibaba Group Holding Ltd and well-capitalized start-ups such as Snapchat. “There’s a fairly direct correlation between their investment in people and servers and infrastructure, and their ability to remain competitive,” said Robert Baird & Co analyst Colin Sebastian. Facebook had 8,348 full-time employees at the end of September, far fewer than Google’s roughly 55,000 employees or Microsoft Corp’s roughly 127,000 (Microsoft announced in the summer that it plans to cut 18,000 jobs).

At the same time, Facebook gets more out of each employee, according to calculations using company revenue figures. Facebook’s revenue works out to roughly $384,000 per employee in the third quarter of 2014, versus $300,000 for Google and $183,000 for Microsoft. That efficiency has helped Facebook enjoy rich profit margins. And the company's relatively small headcount provides an important talking point in the battle to attract the most talented computer programmers.

Facebook has long touted to potential recruits their ability to work directly on products used by hundreds of millions of people, a marked contrast to some larger tech companies. "We're growing as fast as we can, where the 'can' part is really a factor of how many people we can absorb while maintaining a strong culture," Paul Carduner, an engineering manager who runs Facebook's Seattle office, told Reuters at one of the company's famed 'Hackathon' events last week.

The hackathons feature Facebook programmers hunched over their computers and working through the night on personal projects that could eventually become Facebook products. Facebook is growing exponentially in Seattle, a tech hub with a rich, and relatively cheap, talent pool created by local tech companies Microsoft and Amazon.com Inc. Facebook currently has more than 400 employees in Seattle, and is looking for a larger site close to the center of the city that could hold as many as 2,000 people, according to a person familiar with the matter.

At Facebook’s Menlo Park, California, headquarters, construction is expected to be completed this year on a new, roughly 500,000 square foot building designed by architect Frank Gehry that can accommodate 3,000 employees. Atlas, the online advertising technology that Facebook acquired in 2013, is another big area of hiring, with more than 20 open positions listed. The many opportunities Facebook is chasing could lift the company’s annual revenue to $30 billion within a few years, estimates Arvind Bhatia, an analyst with Sterne, Agee & Leach. “To get to that level, they’re going to have to get people now,” Bhatia said.