Bill Gates is a well-known person who has put his money where his mouth is when it comes to saving the world. It would seem that this makes his opinions worth considering when he tells us that he, like fellow Tesla Motors founder Elon Musk, scares that artificial intelligence could be a threat to humanity. 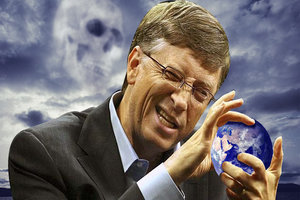 Gates stressed the concerns expressed over the past year by Musk, Hawking and others that something vaguely resembling the science fiction scenarios from the Terminator and Matrix franchises could come to pass if the potential of artificial intelligence is not taken seriously.

“I am in the camp that is concerned about super intelligence. First the machines will do a lot of jobs for us and not be super intelligent. That should be positive if we manage it well,” Gates wrote. “A few decades after that though the intelligence is strong enough to be a concern. I agree with Elon Musk and some others on this and don’t understand why some people are not concerned.”

Personal interests aside, Musk and Gates could just be right about the threat posed by artificial superintelligence. When the guys most likely to benefit from a new technology see a need for it to be put on a leash, there’s probably something worth worrying about. To really understand the potential threat Musk and Gates are talking about it and even a recent book, called “Superintelligence,” by Nick Bostrom’s lays out the entire artificial superintelligence landscape – including threats posed. Musk has referred to and recommended it in the past and it seems to be the primary foundation for much of the recent concern over AI.

Earlier, Elon Musk put down $10 million of his own money to fund an effort to keep artificial intelligence friendly. Gates and Musk both have an interest in ensuring that artificial intelligence not only stays friendly, but stays viable (e.g. – public sentiment and lawmakers don’t turn against the basic notion of smart networks and devices), given that it’s likely to play a role in the future of not only Microsoft, but also Musk’s SpaceX and Tesla.