The achievements in natural language processing and machine translation brought by deep learning might enable us to build a trope of science-fiction books — a universal real-time translator that fits within the human ear, but nobody knows whether it is safe or not. 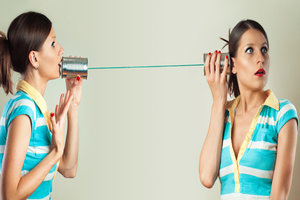 Geoff Hinton, one of the godfathers of deep learning and neural networks, explained how it could be done at the Association for the Advancement of Artificial Intelligence conference held in Austin, Texas, and at the tail end of a talk he told about the history and future of artificial intelligence.

He wasn’t clear in his timeline, although he said that he only could only anticipate the future about five years out, so perhaps we’re closer than we think to this concept. He explained it in his talk for a translation from English to French in such a way:

For each language you have multiple recurrent neural networks that will take your English sentence and analyse it word by word. It will then take the entire sentence and move that over to the French recurrent neural network for decoding. There, it will take the concept represented by the sentence and start with the first word to be translated. Once it has translated that, it will match that word against both the statistically probability of the likeliest word that would follow that first word and also against a distribution of the likeliest translation of the second word to come up with a match.

Hinton added that the more languages one adds, the better it makes the neural network, because it helps the computer narrow the probabilities it has to look at. Hinton concluded, “In few years time we will put it on a chip that fits into someone’s ear and have an English-decoding chip that’s just like a real Babel fish.”

The Babel fish was an alien fish that the hero of his Hitchhiker’s Guide to the Galaxy books slipped into his ear at the beginning of his journey so he could instantly understand all of the alien languages he encountered.