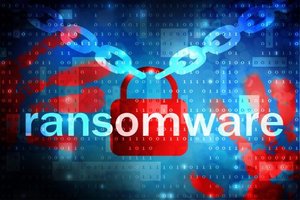 High-Tech Bridge, security consultancy claimed the attacks start with an attack on a web site that yeilds acess to a database server. Once in, attackers change the encryption settings used by the database and store the key on an HTTPS server somewhere, an operation that apparently escapes some admins' attention.

To pull off the attack, the attackers remove the key from the remote server, at which point a message that their website is down appears. Not long afterwards an email demanding cash for access to the encryption key. The perpetrators of the attack seem to be well-versed in recovery point objectives, because experts say the attack it observed took place six months before the ransom demands. That presumably left the victim contemplating their recovery point objectives, as they could either restore to backups with a key they knew or go without six months of database updates.

"The web application was compromised six months ago [and] several server scripts were modified to encrypt data before inserting it into the database and to decrypt after getting data from the database," the company described the attack as a silent 'on-the-fly' process.

During six months, hackers were silently waiting, while backups were being overwritten by the recent versions of the database. "At the day X, hackers removed the key from the remote server. Database became unusable, website went out of service, and hackers demanded a ransom for the encryption key."

Two phpBB backdoors undetected by any antivirus platform were found on the small business server including an installer patch config.php file that added a cipher class which decrypted and encrypted data with PHP mcrypt_encrypt() function storing the encryption key on a remote server.

Attackers broke in using a compromised FTP password, they said. Researchers said it was "almost impossible" to recover without paying ransoms adding that web hosts would be caught unaware. Sysadmins could lean on file integrity monitoring to foil the attack, although this technique is rarely used with web apps. Earlier Malcovery Threat analysts Neera Desai and Brendan Griffin called attention to the new threat, which was delivered in a series of spam messages claiming to be some form of faxed document.