EU wants to snoop on Skype and Viber users legally

The EU agency for judicial cooperation is going to develop a common approach to lawfully intercept services like Skype and Viber in order to help keep track of European militants arriving back home from the Middle East. 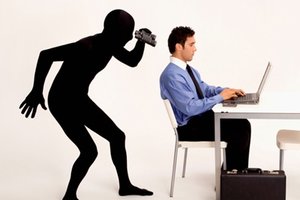 A committee of the European Parliament discussed the measures. Messenger security is under threat, because there are good reasons for networks and governments to have the capability to monitor criminals.

Following deadly terror attacks in Paris last month, EU nations are worried about the danger of radicalized and trained Islamists returning from the Middle East. Militants have often used social networks to spread ideas, jihadist propaganda and recruit new members. "The use of the internet for terrorist purposes creates an additional burden for investigations and prosecutions of foreign fighters," the Eurojust report said. The report touched on the fact that "the interception of Voice over Internet Protocol (VoIP) communications (e.g. Skype, Viber, etc.) is problematic and seriously hinders relevant investigations." It believes that "a harmonized approach at EU level may be necessary to address technical difficulties and legal challenges in the gathering and admissibility of e-evidence.”

Eurojust highlights the problem in securing convictions in suspected terrorist cases by pointing out that evidence tracked online may not be accepted in some courts due to national laws. The report urges cooperation between judicial authorities within the bloc. "Eurojust recommends exchange of experience, including the collection and dissemination of best practice and challenges encountered by national judicial authorities in using information extracted from the internet as evidence in terrorism cases," the report said.

In the wake of heightened security concerns, the European Commission has already announced it will require passengers flying to and from Europe to submit 42 pieces of personal data. Some of the fields would not cause too many eyebrows to be raised, such as nationality or frequent flyer information. Others, such as meal preference or the number of one-way tickets bought are slightly more puzzling.

In December, the Commissioner for Human Rights at the Council of Europe, Nils Muiznieks said there was a need for increased transparency from intelligence agencies concerning their surveillance techniques. Earlier the British security services confirmed that they would not be able to prevent terrorism unless they monitor the internet traffic of innocent people, the former head of MI6 has said. Muiznieks insisted human rights violations relating to such mass surveillance could not be justified “by the fight against terrorism” or other “threats to national security.” “Such interferences can only be accepted if they are strictly necessary and proportionate to a legitimate aim,” he said in a message.