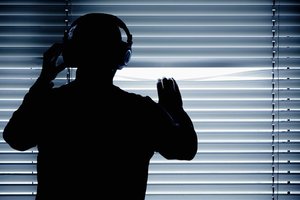 Babar was first mentioned in documents from Canadian intel agency CSEC (Communications Security Establishment Canada) leaked by Edward Snowden. They were published by Le Monde and later, with fewer redactions.

Babar is even more closely related to the Regin malware family associated with GCHQ. The use of Tor to communicate and its other stealth features mark Babar out as more advanced than common-or-garden cybercrime tools. There are all sorts of matches between the behaviour of Babar malware sample and what CSEC wrote about the cyber-espionage tool, which they described as the work of the French government in the leaked Snowden files. The main targets of Babar were Iranian science and technology organisations but it was also aimed at French-speaking media organisations, targets in former French colonies and the European Financial Association.

CSEC reckoned it targeted a French-language Canadian media organisation, before concluding it was likely the work of an unidentified French intelligence agency, according to the leaked Snowden documents. Babar is significant because it represents hard evidence that the NSA and its Five Eyes allies are far from alone among Western intel agencies in brewing up malware.

OUR POINT
Nowadays it is difficult to find a person who doesn’t use internet messenger. In the face of widespread Internet surveillance, we need a secure and practical means of talking to each other from our phones and computers. Analysing popular services, Yahoo! Messenger appeared to be unsafe. It only encrypts user communications in transit. This means that Yahoo (the company) can read your messages or hand them over to law enforcement if they choose to do so.

Skype, scored just as poorly as Yahoo! Messenger, receiving bad checkmark for encrypting data in transit. Skype has had a bit of a sordid record in terms of communications integrity and surveillance accusations. In 2012, Microsoft was reconfiguring the Skype network so that it Law Enforcement Agencies (LEA) could have access to intercept calls over the network to aid in investigations. The government wants to have the right on total surveillance, but it depends on how people themselves are protecting their personal space.

SafeUM is a secure messenger that provides an unprecedented level of personal data protection. The programmers of SafeUM developed the unique hybrid system with all the algorithms combined into a single perfect mechanism to protect your personal info and communication. Moreover, according to the law of Iceland "On security of personal data" any information is provided only after the written order of the court of Iceland.
Tags:
Skype surveillance Yahoo!
Source:
The Register
2630
Other NEWS
3 Jul 2020