One more piece of malware adware has been thrust into the spotlight, one that also breaks HTTPS connections, but is arguably worse than Superfish, which was pre-installed on new Lenovo laptops manufactured at the tail end of 2014. 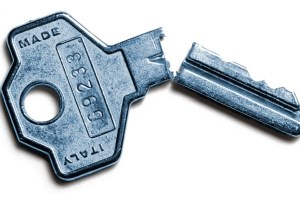 Experts Hanno Bock reported that PrivDog malvertising, like Superfish, installs its own certificate and breaks SSL connections by creating a man-in-the-middle vulnerability that can be exploited by anyone to sniff traffic.

Bock said, however, that while PrivDog doesn’t contain the exact vulnerability as Superfish, it likely presents a bigger mess for users. PrivDog, developed by Comodo founder and CEO Melih Abdulhayoglu, is bundled with one of Comodo’s flagship products, Comodo Internet Security, but only as a browser extension. Only the standalone version is vulnerable. “PrivDog will intercept every certificate and replace it with one signed by its root key. And that means also certificates that weren’t valid in the first place,” Bock said. “It will turn your browser into one that just accepts every HTTPS certificate out there, whether it’s been signed by a certificate authority or not. We’re still trying to figure out the details, but it looks pretty bad.”

Superfish, which uses a library that does SSL interception called Komodia SSL Digester, ships with the same digital certificate and encryption key in every installation. Komodia’s website is today still under a distributed denial-of-service attack as of 10 a.m. Eastern time. Researcher Rob Graham of Errata Security reported hours after the Superfish vulnerability was disclosed, that he was able to extract the private key protecting the certificate.

Bock said PrivDog’s behavior is different; the latest version of PrivDog, 3.0.96.0 carries the vulnerability and is available as a standalone program. Previously, it was available only as a browser extension and bundled with Comodo Internet Security. The extension, Bock said, is not directly vulnerable. A PrivDog advisory published yesterday called the vulnerability a “minor intermittent defect” affecting a “very small number of users.” The organization said 57,000 users globally are exposed, 6,300 in the United States.

“Although the root CA certificate is generated at install time, resulting in a different certificate for each installation, Privdog does not use the SSL certificate validation capabilities that the NetFilter SDK provides,” the DHS advisory said. “This means that web browsers will not display any warnings when a spoofed or MITM-proxied HTTPS website is visited.” As more information is revealed about global mass surveillance and hackers stealing personal information, the use of HTTPS security on all websites is becoming increasingly important regardless of the type of Internet connection being used.

As for Superfish, it has already been discovered in more than a dozen other applications. “We can’t say for certain what the intentions of these applications are, but none appear to explain why they intercept SSL traffic or what they do with the data,” said Matt Richard, a threats researcher at Facebook. Richard also published a list of certificate issuers, and said the list represents certs on more than 1,000 systems on applications that include games and pop-up generators.