The personal details of 31 of the world's leading political figures were leaked to the organisers of a soccer tournament late last year, in a major data breach caused by an email autofill error. 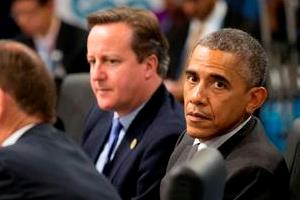 The breach was caused by a staff member at Australia's Department of Immigration and related to world leaders attending the G20 Leaders' Summit in Australia last year. Details about the leak are just emerging, however, thanks to internal emails.

According to the email obtained, the Department of Immigration advised Australia's Privacy Commissioner of the privacy breach on November 7, 2014, seeking "urgent advice... given the sensitivities involved". Despite the profile of the individuals involved and the extent of information leaked, the breach came down to "one email and one email address".

"The cause of the breach was human error. [Redacted] failed to check that the autofill function in Microsoft Outlook had entered the correct person's details into the email 'To' field. This led to the email being sent to the wrong person," the email from the Department's Director of Visa Services reads. "The personal information which has been breached is the name, date of birth, title, position, nationality, passport number, visa grant number and visa subclass held relating to 31 international leaders (ie, Prime Ministers, Presidents and their equivalents) attending the G20 Leaders' Summit."

According to the Department message, the unintended recipient of the email immediately advised that the staff member had "sent the email to the wrong person", that it had been deleted and had not been forwarded or copied to a backup system. The revelations come just days after Australia passed major new security laws requiring every Australian ISP and telecommunications provider to store the phone and Internet metadata of their customers for a compulsory period of two years.

With mandatory data retention already facing opposition from legal experts, media groups, civil liberties advocates and the Australian public, this latest breach has the potential to raise further privacy concerns and questions about the security of data storage in Australia.

Currently, Australia does not have laws in place requiring the mandatory disclosure of data breaches, whether they are caused by government organisations or private companies. While the new Data Retention Bill did not originally include any changes to this status quo, amendments brought in by the Federal Government (after opposition push back) will now see data breach laws introduced within the year.