We’re just beginning to think up the security nightmares around self-driving cars (and those should make some good movies). But a thriller about a hacker takeover of large networks of connected personal medical devices might be just as scary. 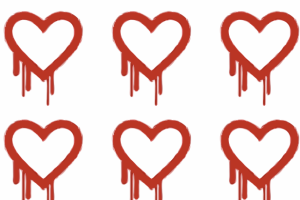 And unfortunately, history has shown that if you can think of these scenarios, hackers will usually eventually make them real.

Stationary, wearable, implantable medical devices are already widely used in medicine, and with the advent of the so-called Internet of Things, a great push is on to get them all connected and talking. When in good hands it will make them far more useful. In the wrong hands, access to — and control over — all those pumps, monitors, regulators, testers, filters, and so on could lead to a very bad day indeed for some unlucky (and unprotected) health system. The current success rate of hackers attacks on health care industry targets doesn’t provide much reassurance. A new study from the Atlantic Council, the Brent Scowcroft Center on International Security, and Intel Security raises these concerns, and more.

“Malicious actors could soon have the same hold here as they do elsewhere so that we could soon see a booming market in medical zero-day exploits, a security hole known to the attackers and for which there is no defense,” the report reads. “This is what the future will look like if security officials and health care organizations do not take the correct steps today.”

“Hacktivists, thieves, spies, and even terrorists seek to exploit vulnerabilities in information technologies to commit crimes and cause havoc,” write report authors Jason Healey, Neal Pollard, and Beau Woods. “… When a networked device is literally plugged into a person, the consequences of cybercrime committed via that device might be particularly personal and threatening.”

Lest you think this danger is far off in the future, remember that hackers have already carried out three successful attacks on large health providers in the past year. Community Health, Anthem, and Premera Blue Cross have each suffered major losses of patient data. The medical and/or financial data of more than 120 million people has been compromised in more than 1,100 separate breaches since 2009, according to Department of Health and Human Services data.