Google wants to save us from spoilers on social media

Bruce Willis was dead all along. Walter White dies at the end. Lots of people die at the Red Wedding. Spoilers are everywhere on the web, but a new Google patent may be able to save those who haven’t caught up on the latest TV shows and films from plot points their friends are wantonly dropping on social media. 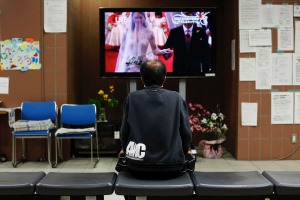 In a new patent awarded to the search giant, Google outlines a security system for blocking out posts pertaining to TV shows, books, and movies, so that you don’t see information on stories before you’re ready to.

The patent suggests users would track their progress with content on a social network — think how Netflix currently posts what of its content you’re watching on your Facebook feed if you link those accounts — and Google’s system would be able to determine when another user was posting something about that same piece of content, and if they were posting about a part you hadn’t reached yet. If the system thinks the post contains a spoiler, it will blur out the content, pop up a warning message and ask the user if they want to read the post. Users could also flag if something they were posting has spoilers in it, if they were feeling benevolent. 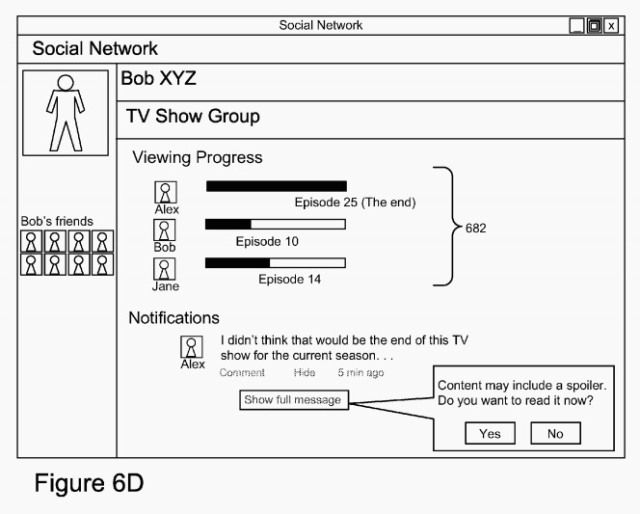 It’s unclear whether Google would want to integrate this system with popular social media sites like Facebook or Twitter — or its own crumbling social network — or how the company would go about overlaying this system on a social network it does not own. It would come as a welcome addition to the web, however, as the number of people cutting the cord with cable companies continues to rise, and more people are watching content when they can fit it into their schedule, rather than live. Asked whether the company really intended to create this product, a Google representative told that some ideas “mature into real products or services, some don’t.” Perhaps Google didn’t want to give away any spoilers.