It was the middle of the day, and my cell phone rang with a local number I didn't recognize. Figuring it was one of my kids calling from a friend's phone to tell me that they had forgotten their cell phone and needed a ride, I answered — and found myself rapidly descending into the uncanny valley. 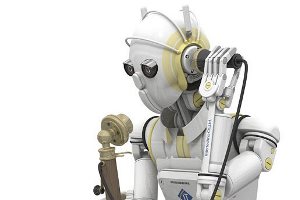 "Hi?" asked a voice on the other end of line. I replied with a hello. "This is Amy!" the voice said ebulliently. "I'm a senior account representative for American Direct Services!" Amy paused for several beats. I asked, "Is this a computer?"

Another several beats. "No," Amy replied. She then went on to inform me that I had been selected as a possible winner in a million dollar sweepstakes! "Amy" was, in fact, an outbound interactive voice response program running on a server, likely somewhere in a cloud data center. The company behind the call was the latest incarnation of a sweepstakes and magazine subscription scam operation currently known as North American Direct Services, Inc., as I found after finally being connected to a human and asking some probing questions. In the meantime, I entertained myself trying to find the security bugs in "Amy's" programming.

Outbound IVR is the latest evolution of the robo-call — a telemarketing system that uses the technology of voice response systems we've used to navigate through the call queues of insurance agencies and banks and turns it around to make pitch calls. These calls can be on voice-over-Internet protocol (VoIP) lines or other connections that mask the source of the call. We're getting used to talking to computers, thanks to voice response systems that act as the guardians of many organizations' phone systems. The technology was originally patented by AT&T in 2006, but is now being offered by a range of companies, such as CallFire, PlumVoice, and Nuance — the cloud voice recognition company behind Siri, Cortana and other interactive systems.

Because of the relatively low cost of some of these cloud-based IVR systems, fly-by-night telemarketers (and legitimate companies as well) can set up these script-driven pitch calls nearly as easily as they can send out spam e-mails, without having to own a call center or VoIP server of their own. And the IVR providers have new-found legal protection courtesy of a recent federal court ruling. CallFire was ruled to be a "common carrier" by the US District Court for the Western District of Washington, giving it the same protections against litigation that phone companies have when they deliver an unwanted call.

Scam telemarketers operate in a legal fringe, skirting things like do-not-call lists and call blocking by frequently changing numbers. Using local numbers is the latest evolution. Scammers tap a collection of VoIP numbers registered for the targets' area code and hide the real location of the company behind a virtual phone switch that eventually routes calls to piecework call processors all around the country (or possibly overseas). By using cloud platforms to drive these calls, they can pay a flat rate to send out a barrage of calls to thousands of numbers, and only have to involve a human for the targets who are gullible enough to interact with the software-driven call for a few minutes of screening questions.

Developers can use CallFire's application programming interface to build their own outbound IVR applications, and anyone can use a menu-driven system to build their own simple interactive calls. Based on how someone responds, the security system could forward a call anywhere — to a cell phone, or a worker's home phone, where they can close the deal.

The human being I eventually managed to coax the system into letting me speak to (which was not necessarily CallFire's) said his name was Nick. Nick claimed to work for American Readers Services, and he said he was located in El Paso, Texas. When I asked him for a number to talk to someone from his company, he gave me a toll-free line that is connected, according to Better Business Bureau records, to North American Direct Services, Inc. and North American Readers Service, both of Florida. The number went straight to a fast-busy, but it's been identified by the Better Business Bureau as having abusive billing and marketing practices; there have been 87 complaints about the company in the last 12 months.

I asked Nick why his company was using a system that intentionally tried to make people think that they were talking to a human being. He laughed and replied, "It's not trying to fool them — it's a computer." And besides, this way, he continued, his company didn't have to hire as many people like him. Artificial intelligence, robotics and new disruptive technology are challenging white-collar professions that previously seemed invulnerable. For years now, some researchers have been anticipating that robots would take away jobs from humans. Researchers estimated that in 2013 that 47 percent of total U.S. jobs could be automated and taken over by computers by 2033.