Long-Secret Stingray manuals detail how police can spy on phones 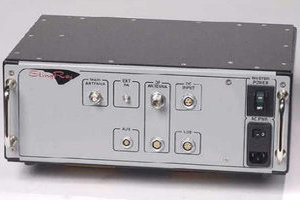 Harris Corp.’s Stingray surveillance device has been one of the most closely guarded secrets in law enforcement for more than 15 years. The company and its police clients across the US have fought to keep information about the mobile phone-monitoring boxes from the public against which they are used.

The Intercept has obtained several Harris instruction manuals spanning and meticulously detailing how to create a cellular surveillance dragnet. Harris has fought to keep its surveillance equipment, which carries price tags in the low six figures, hidden from both privacy activists and the general public, arguing that information about the gear could help criminals.

The Justice Department is scooping up data from thousands of mobile phones through devices deployed on airplanes that mimic cellphone towers, a high-tech hunt for criminal suspects that is snagging a large number of innocent Americans, according to people familiar with the operations.

The technology in the two-foot-square device enables investigators to scoop data from tens of thousands of cellphones in a single flight, collecting their identifying information and general location. People with knowledge of the program wouldn’t discuss the frequency or duration of such flights, but said they take place on a regular basis.