Previously similar attempts to access SMS have been already observed by Facebook, Viber, Hangouts and Telegram. They would explain such a move with making it easier for users to enter the activation code.

But it gets more difficult to explain this strange desire to access the status of you phone calls. Why would Twitter what to know when and who’s calling? 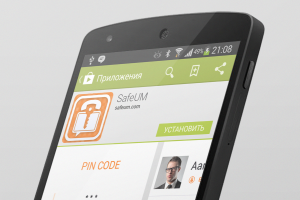 Android is the world's most popular mobile platform. We have finished developing the mobile version application.

We designed a clear and easy-to-use interface allowing you to multitask without switching screens.

The application is easy to configure – that will require very little time. Our messenger has been tested on many different devices to find the best color schemes and create a convenient user menu. We took user habits into account and made our application navigation as comfortable and functional as possible. You can customize the menu to your needs just by clicking on one single page.