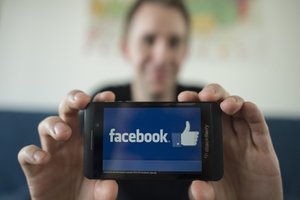 The lawsuit, which was officially filed in a Vienna court on Thursday, is being spearheaded by 27-year-old Austrian law graduate and privacy campaigner Max Schrems.

The closely-watched case sees 25,000 users suing the social network for various rights violations, ranging from the “illegal” tracking of their data under EU law to Facebook’s involvement with the US National Security Agency. Each of the plaintiffs is claiming a “token amount” of €500 (£392) in damages, while a further 55,000 users have registered to join the procedures at a later stage. “Basically we are asking Facebook to stop mass surveillance, to (have) a proper privacy policy that people can understand, but also to stop collecting data of people that are not even Facebook users,” said Schrems.

The case has been brought against Facebook’s European headquarters in Dublin, which registers all accounts outside the US and Canada, accounting for approximately 80% of Facebook’s 1.35 billion users. Schrems was able to file his action against the Irish subsidiary in a civil court in Vienna because he claims Facebook is in breach of European law on users’ data. Among other issues, judges will have to rule on Facebook’s objection that the class action is inadmissible under Austrian law – an objection dismissed by Schrems’ lawyer as lacking “any substance”.