Criminals are exploiting a vulnerability in about 87,000 e-commerce websites that puts information including customers' stored credit-card data at risk. 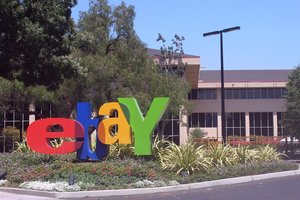 The online shopping websites were susceptible to a chain of weaknesses on the platform Magento, which runs on about one-third of online shops, as of Friday morning, according to the Tel Aviv, Israel-based security company Check Point Software Technologies.

Cybercriminals who exploit the security holes could "take complete control of the website with pretty much a single request," says Shahar Tal, the company's head of malware and vulnerability research. "For all the credit cards that are stored in the system, the attackers are going to have access to that," Tal says. Through the security flaw, criminals can access databases with customers' personal information, or inject nasty code into the website so it infects users with malware. Check Point discovered the vulnerability and reported it to eBay (EBAY), which owns Magento, in January, Tal says, and made it public this week.

Magento says it issued an update that fixed the weakness on Feb. 9 and began notifying customers the following day. But Check Point says it has heard that Magento didn't send alerts to notify all users that they needed to push a security update through until last week. Magento says it is "not aware of any impacted customer data from the vulnerability. Brands that run online shops on Magento include Nike, Ghirardelli, Sierra Nevada Brewing Company, Rebecca Minkoff, Zumiez and Rosetta Stone, all of which have installed the security update, Magento says.

"Any customer that has not yet implemented the patch is encouraged to visit our customer and partner portals and to do so immediately," Magento told in a message. "We are focused on eliminating the vulnerability and are committed to ensuring the Magento platform is safe and secure for commerce." Tal says researchers have seen attackers scanning for websites that run on Magento, and then adding additional administrator accounts to those systems so they can log back in later to steal data.

"The vulnerability has been out there for years now," he says. "The fact that we discovered it right now as part of our vulnerability research efforts does not necessarily mean it just started to be exploited right now. Online shoppers are generally at the mercy of the websites they're purchasing from when it comes to security. But there are several security factors customers can bear in mind: Look for the padlock in the URL. That indicates the website is using HTTPS, which encrypts communications.

Be selective when it comes to saving your payment information on websites for later purchases. "If you do not store your credit card, it won't be out there for attackers to get. Check every line of your credit card statements - even the small buys. Criminals often begin by charging small amounts to an account each month to test whether the real accountholder will notice. "If you do that to 1,000 people and you're just charging $7 each, then you're already at a good profit," Tal says.

Take one minute to do some due diligence. Does the online retailer that you're trusting with your information care about security? It's hard to know. But many companies offer bounties to researchers who find security weaknesses or bugs. Tal says customers can find these by Googling the company's name and "bug bounty" or looking for a page where users can report security issues. "When I see a platform that has a bug bounty...then I know that the incentives are aligned to have things fixed at that platform as soon as they're discovered."