On Monday, April 20, Raytheon and Websense announced a new venture, outlining the defense industry contractor’s planned acquisition of 80% of the internet security firm. 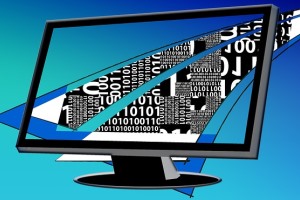 By Thursday, April 23, an ambitious attack was unleashed and directed at Websense employees in the guise of a welcoming, if grammatically questionable, message. Emails with the subject “Welcome to join Raytheon!” were seen, containing a malicious file slyly tucked away inside a fake Kaspersky installation program.

Strike while the iron is hot - the maxim serves many “bad actors” well. Breaking news of any kind spurs threat actors and scammers into action. From capitalizing on good will and subverting charitable intentions after a humanitarian crisis, to getting ahead of legitimate communication in the wake of corporate announcements, the race to exploit, extort, and elicit is a sprint and not a marathon.

In corporations, a time of transition – such as a merger, sale, or acquisition – is often one of interest. It takes chutzpah to target an internet security company, but when opportunity knocks, you answer. The announcement of a corporate acquisition presented threat actors with just such an opportunity.

The threat actors in this case used a method known as DLL side-loading (or pre-loading), which is known to present a loophole to AV scanners. The main thrust of this attack is that a trusted security product is surreptitiously packaged with a malicious library file, and the install itself loads the malware. Advanced persistent threats (APT) such as Deep Panda have used this technique successfully, breaching Anthem BlueCross at the beginning of this year. In that attack as well as an attack on a US defense contractor in 2014, links to China were identified.

The attackers attached a zip file to a simple (but suspicious) ‘welcome’ message. Inside the zip file was a self-extracting rar file containing 3 files:

The Kaspersky file (setup.exe) is legit and non-malicious, but uses an .msi.dll file, and it is here that the attack levels up. The malware extracts itself to a TempFolder, which is then copied to C:\ProgramData\McAfeeOEM, changing attributes to hidden system files in the process and creating a new .dll.

The malware (PlugX) then performs the following actions:

This sleight of hand works due to the fact that, in Windows, the dynamic libraries will be loaded from the current working directory (CWD) first. If the .dll is not found in the CWD, other system directories will be checked until it is located. Normally, the Kaspersky setup.exe would load the legitimate msi.dll from the system and install Kaspersky AV. However, this malware is a self-extracting archive that places an msi.dll in the same directory, which the non-malicious Kaspersky setup.exe loads. In turn, the malicious library file executes setup.msi, which sends DNS queries and communicates over port 80.

Warning signs of the Lure

In the rush to establish a foothold and attract as many targets as possible, the emails were a bit unpolished and contained some very obvious clues as to their lack of provenance. The discerning reader would have noticed several of the following traits: The subject was grammatically incorrect, “Welcome to join Raytheon”. The body of the spam consisted of two short phrases, one of which was a password.

There was also no information about the company, its leadership, benefits changes, or the announced joint venture, nor anything one might expect of a letter welcoming new employees to a defense industry leader on the S&P 500.

Fortunately our employees are protected from such threats. The recommendation is to always remain cautious of attachments and links in email and ensure a raised level of alertness during times of acquisition. The attackers will not pass up any opportunity, and it only takes one click to get infected.