Free Android apps may be tracking you

Some free security apps in the Google Play Store have features users are probably unaware of: network connections to advertising sites, tracking Web sites and suspected malware, according to a recent study by European researchers. 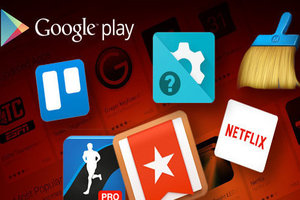 The research team's findings have led the group to develop their own Android app to monitor outgoing traffic and let users know if their devices are connecting to any suspicious destinations.

Security researchers from the France-based Eurecom graduate school and research centre said they focused on Android apps as users have such an overwhelming range of choices that it can be hard to pick the right ones. With more than 1.2 million apps, the Google Play Store is considered to be "the largest and most prevalent Android marketplace today." With multiple apps to choose from for any one purpose, Android users are often only able to base their choices on the apps' ratings and popularity. "Having installed the application, the user has no visibility into who the application is actually communicating with, and whether this complies with the app's intended purpose," the researchers noted.

The Eurecom experts began their study by looking at the top 100 most popular and the top 100 newest applications in each of the Google Play Store's 25 categories, for a maximum of 5,000 apps. After filtering out any apps that didn't have Internet permission properties and thus wouldn't generate any network traffic, they then downloaded and ran the remaining apps on a Samsung Galaxy S3 smartphone running Android version 4.1.2.

By recording the traffic generated by running a total of 2,146 apps, the Eurecom team found connections to almost 250,000 unique URLs, across 1,985 top-level domains. "We find several instances of overly aggressive communication with tracking Web sites, of excessive communication with ad-related sites, and of communication with sites previously associated with malware activity," the researchers said. While many of the applications they studied generated no traffic at all, they found some that resulted in well in excess of 1,000 HTTP requests. One app, Music Volume EQ, connected to nearly 2,000 distinct URLs, they noted, adding that as a volume slider app, that application is not one "that would really require access to the network."

"Our results underscore the need for greater transparency in the network interaction of mobile applications on the Android App store(s)," the researchers said. In their paper, they described an app they developed that "monitors traffic, using a local proxy, from various installed applications and presents the mobile user additional context about the nature of this traffic and the end points being connected to."

The security experts added that they plan to make their app publicly available in the Google Play Store in the near future. They did not note whether the app would be available for free. While Google's guidelines for including an application in its store are less restrictive than Apple's, it has recently made some changes to how it reviews apps before publication. Within the past several months, it has started using a team of experts whose job it is to find possible violations of Google Play developer policies earlier in the app lifecycle.

Product Manager for Google Play Eunice Kim said, "To assist in this effort and provide more transparency to developers, we've also rolled out improvements to the way we handle publishing status. Developers now have more insight into why apps are rejected or suspended, and they can easily fix and resubmit their apps for minor policy violations."