In yet another example of smart medical device insecurity, it has emerged recently that a line of Hospira drug pumps are exposed to a series of remotely exploitable vulnerabilities that could allow an attacker to take complete control of affected pumps or simply render them useless. 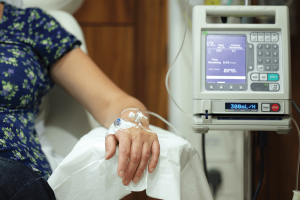 These drug infusion pumps are part of the new wave of smart and connected medical devices. Smart medical devices essentially remove the risk of human error for people requiring the chronic administration of drugs.

Unfortunately, many of the companies developing these devices have repeatedly demonstrated a complete disregard for security. Hospira’s Lifecare PCA Drug Infusion pumps are so vulnerable, in fact, security researcher Jeremy Richards said, they were the least secure IP-enabled device he had ever worked with. Richards says a remote attacker could render impacted devices utterly useless, a process known popularly as bricking.

“It is not only susceptible to attack,” Richards wrote, “it is so poorly programmed it can be rendered a useless brick with a single typo.” He claims potential attackers could also update device software, run commands, and manipulate the drug-specific libraries that correspond with barcodes printed onto vials containing critical dosage and other information.

More broadly and troublingly, these Hospira devices store network Wi-Fi protected access (WPA) keys in plain-text. If an attacker was able to steal one of these WPA keys, it would expose every other device on the same network to passive snooping and potentially scores of other attacks as well. These keys could be grabbed from out-of-service devices too, if the hospital fails to wipe the network keys before retiring or selling devices. Simpler yet, these devices contain an exposed ethernet port which could allow for simple and fast local attacks using automated hacking tools.

It’s not clear if Hospra intends on fixing the vulnerabilities. Richards claims they are planning on doing so, but the company’s own statements seem to contradict that claim. In an email response to our Threatpost colleague, Chris Brook, Hospira said, “There are no instances of Hospira devices being breached in a clinical setting and Hospira has taken a proactive approach to address potential cybersecurity vulnerabilities.”

“It’s also worth noting that exploiting vulnerabilities requires penetrating several layers of network security enforced by the hospital information system, including secure firewalls,” the company said in a statement. “These network security measures serve as the first and strongest line of defense against tampering and the pumps and software provide an additional layer of security.”

It should be mentioned that hackers see rewarding targets when they attack health care companies, as the hacking of a database maintained by the second-largest U.S. health insurer proves. In February, the health insurer Anthem Inc. said that hackers broke into a database containing personal information of its customers and employees in what is likely to be the largest data breach disclosed by a health-care company.