Mobile spyware firm mSpy's database has appeared on the dark web, following an apparent hack on its systems last week. 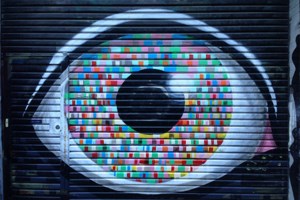 Emails, text messages, payment details, Apple IDs, passwords, photos and location data for mSpy users have all been exposed, according to investigative security reporter Brian Krebs, who broke the story about the apparent — but as yet unconfirmed — breach.

mSpy's technology is sold as a means for parents and employers to surreptitiously snoop on employees or family members, as its corporate blurb (which omits mention of one obvious market – suspicious spouses) explains: “mSpy is the most popular and user-friendly application for watching over your kids, preventing theft and supervising your employees’ performance. Our mobile monitoring software runs invisibly on the target device to track all activity, including call log history, GPS location, calendar updates, text messages, emails, web history and much more.”

The firm – which boasts two million users and develops technology for Android, iOS, Windows and Mac PCs – is yet to respond to an El Reg request for comment on the apparent breach. The unknown hackers behind the leak suggest the data dump contains information on more than 400,000 mSpy users to a Tor-based site. The use of dark-web hosting is likely to frustrate (or at least delay) any take-down effort.

mSpy hardly cuts a sympathetic figure as a victim, but the real victims of the apparent breach are arguably targets of snooping rather than the firm itself. Trey Ford, global security strategist at Metasploit maker Rapid7, commented in a message: "People being spied on were having their information stolen by one party, and it’s now moving rapidly through the underground.

"Not only is the legality of installing this software questionable (CFAA, etc.), but those who have the software on their devices have had their lives laid out in an uncontained information disclosure – it’s highly unlikely the victims of this crime will understand the extent of the damage for a very long time, if ever," he added. "This underscores how sensitive information may not necessarily be protected by regulations and auditors. Corporate executives are effectively information owners, responsible for the data collected, how it is stored and protected, and what to do when something happens," he added.