What you really need to know about Venom bug

Heartbleed. Shellshock. And now Venom. The names for cyber vulnerabilities keep getting scarier. But the latest threat, dubbed Venom, isn't going to cause as much trouble as the hype might lead you to believe. 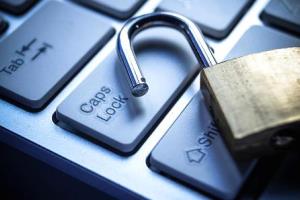 Security researchers have discovered a critical flaw that allows attackers to move freely across virtual machines. Inside some data center miles away, a portion of your cloud-hosted network may be running on the same system as someone else’s.

While Venom has the potential to cause widespread catastrophe, it's unlikely to cause the same mess as Heartbleed because fixes are already taking place, security researchers say. "You've got a lot of scrambling going on, but I think this will go away sooner than later because people will respond pretty quickly to remediate and patch this," said Joe Loomis, founder and CEO of CyberSponse.

Venom, which is short for Virtualized Environment Neglected Operations Manipulation, is basically a bug in popular data center software that if exploited enables cybercriminals to gain remote access to any virtual machine in a data center. A virtual machine is a software program or operating system that exhibits the behavior of a separate computer.

Once the cyberthief has access to the virtual computer, the cyberthief can steal targeted information, change the data and from there basically take control of other virtual machines in the data center. Experts say the Venom vulnerability illustrates the cyber-risks associated with using cloud computing. "This is just a perfect example of why a lot of us in the security field are yelling, 'Don't keep running to the cloud, especially public clouds,' " said Dave Chronister, founder at Parameter Security.

Potentially any individual or business using virtual computing environments is vulnerable. But again, cloud providers have already been addressing potential vulnerabilities. And so far there have been no instances reported in which cybercriminals have been able to exploit the vulnerability.

How does it compare to Heartbleed?

While Venom deals with virtualization platforms — thus affecting cloud providers and their users — Heartbleed affected OpenSSL encryption, which is the encryption layer that is used to protect much of the web. Virtualization platforms include virtualization software that allows users to manage cloud computing and other virtual spaces. But just because Venom's bite is limited to virtual environments doesn't mean it should be taken lightly, Chronister said.

"Last year we had some very big vulnerabilities that everybody hears about. Heartbleed, Bash, Shellshock, but all these small ones, like Venom, people just don't understand. They hear the 'cloud' and they think it is this entity out there, they don't realize it is structured and people can take advantage of the weaknesses there," Chronister said.

And because more companies are turning to cloud computing, bugs such as Venom have the potential to do significant damage, security experts said. "These types of vulnerabilities happen all the time. And you don't know who else is on this virtual environment and you can set yourself up for having your system compromised because of these issues with the virtualization software," he said.