Personal information relating to almost four million users of a worldwide online dating website has been leaked by hacker. 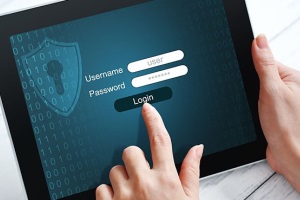 Details of users’ sexual preferences – including whether they are gay or straight, and whether they are seeking extramarital affairs – has been compromised, along with email addresses, usernames, dates of birth, postcodes and the unique internet addresses of users’ computers.

A hacker posted data relating to users of Adult FriendFinder on a forum on the dark web, the hidden part of the internet that is invisible to Google. Within hours of the security and confidential data being leaked, hackers on the forum said they intended to hit victims with spam emails. The Adult FriendFinder site has 63 million users worldwide and claims more than seven million British members. The dating site bills itself as a “thriving sex community” where users can share sensitive sexual information. The information of 3.9 million users has been leaked, including those who told the site to delete their accounts.

Shaun Harper, one of those whose details have been published, says he has been targeted with virus-infected emails since his information was made public. “The site seemed OK, but when I got into it, I realised it wasn’t really for me – I was looking for something longer-term. But by that time I’d already given my information. You couldn’t get into the site without handing over information. I deleted my account, so I thought the information had gone. These sites are meant to be secure.”

Online crime experts believe that after the initial spam email campaign, hackers will use the data to find potential blackmail targets. “Where you’ve got names, dates of birth, Zip codes, then that provides an opportunity to actually target specific individuals,” says Charlie McMurdie, a cybercrime specialist for PwC and former head of the Metropolitan police’s electronic crime unit.

FriendFinder Networks Inc, which owns Adult FriendFinder, told that it is investigating the security leak. “FriendFinder Networks Inc … understands and fully appreciates the seriousness of the issue. We have already begun working closely with law enforcement and have launched a comprehensive investigation with the help of leading third-party forensics expert. “We pledge to take the appropriate steps needed to protect our customers if they are affected.”

According to a study conducted by IBM warned that 60 percent of the most popular dating mobile apps on the Android mobile platform have flaws that could put users at risk from data theft and cyberattacks. Using a dating app on your work's dime could end up putting your company's data at risk.