VimpelCom will share data with banks about their subscribers

"VimpelCom" (brand "Beeline"), together with several banks to implement a pilot project to evaluate potential borrowers (scoring) based on the analysis of data about its subscribers. The project involves about 20 banks. 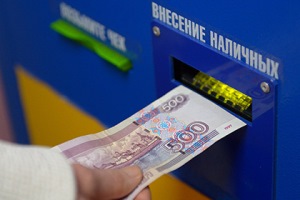 It is assumed that the operator will sell credit institutions scoring-score generated on the basis of data on consumer behavior. In "Vympelcom" for information on running the pilot project confirmed, but noted that commercial exploitation is too early to say.

VimpelCom intends to use not only information about customer payments for mobile communication and payment services from your mobile operator, but also data with geolocation that will not provide the highest level of security. In particular, where the client makes the purchase, Lee goes abroad, whether by car or only moves by public transport and so on. "It is clear that if the client tries to take credit for the car of the premium class, but never went abroad, living in a residential area and performs regularly buy in stores economy, his income may not be as high as he States," said a source.

At the presentation of service for banks, he said, was mentioned and the ability to use to analyze information about the environment of the caller on all nearby mobile phones. Thus in VimpelCom declined to comment on whether used for scoring all these data. MTS has announced that they will be able to evaluate the risks of the borrower based on the analysis of data about his relationship with the operator., for example, the frequency of the change rooms, the number of cases entering the block number, the regularity of the Deposit.

The participants of the market consider that "mobile scoring" would be secure and useful, although it will not replace these credit bureaus. According to lawyers, the legal risks in this scheme of interaction have no operators or banks. "The law "On personal data" does not prohibit legal entities to exchange a certain number combination for a particular subscriber, if the processing of personal data and their transmission to third parties is the client's consent," said managing partner at Legal Capital Partners Dmitry Krupyshev.

The project "VimpelCom" is not unique. In particular, MTS said it has conducted a similar pilot project on scoring subscribers with several banks. Now the operator completes the implementation of the technical aspects of risk assessment of the borrower and are planning to offer a finished product by the end of the year. MegaFon reported that master the technology since 2013. However, such projects the company did not consider it a priority from the standpoint of economic return. A number of banks edition unofficially confirmed their participation in the project operators. Operators "the big three" the value of their scoring services was not disclosed.