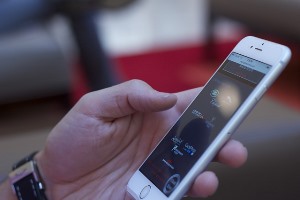 The bug, which requires a specific string of symbols and Arabic characters to be sent, was first noticed on Reddit earlier and has been spreading around the Internet since then.

Sending the string of characters to an iPhone results in an immediate respring, causing an iPhone to crash and quickly reboot. From there, if the Messages app was opened at a security list view, the Messages app crashes automatically when you try to open it. If it was opened to the conversation where you received the message, the app will open, but attempting to go to another conversation causes Messages to crash. Security experts tested the bug on iPhones running iOS 8.3, but it may also be affecting other versions of iOS. 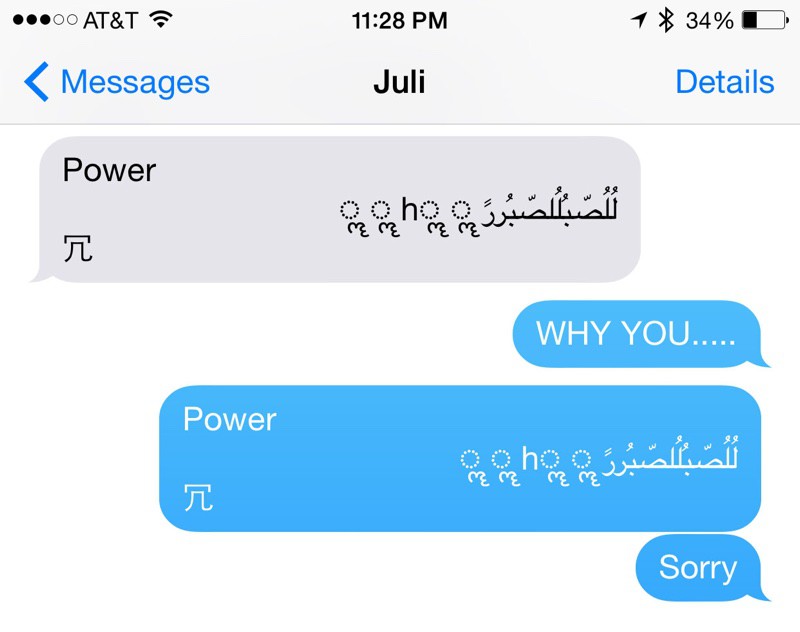 To send yourself a message in Siri, tell Siri to "Send a message to myself." Siri will open up a dialogue where you can give her a quick message like "Fix" that'll be sent to your iPhone to clear away the malicious message.

Alternatively, you can open an app like Notes, craft a quick note, and use the Share option (the little document with an arrow) to message it to yourself. Sending yourself something though the share sheet of an app opens a new messages window where you can enter your own contact information.

According to a Twitter user who spoke to Apple support, Apple's engineers are aware of the problem and are working on a fix. Apple has provided a brief official statement to iMore: “We are aware of an iMessage issue caused by a specific series of unicode characters and we will make a fix available in a software update.”

In April the Skycure experts Adi Sharabani and Yair Amit revealed a zero-day vulnerability in iOS 8 that, when exploited by a malicious wireless hotspot, will repeatedly crash nearby Apple iPhones, iPads and iPods.