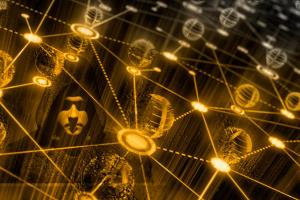 The security firm revealed the existence of the Grabit campaign on Thursday. According to Kaspersky, the cyberspying campaign has been able to steal approximately 10,000 files from SMBs mainly based in Thailand, India and the United States to date -- although companies in other countries such as Israel, Germany and Canada were also targeted.

The new campaign highlights the fact that sensitive data is big business for cybercriminals – whether taken from high profile firms or small companies. Data stolen from growing industries, technology firms and financial institutions can not only prove invaluable to rival companies, but consumer data may also be placed at risk. This data, if stolen and traded on the black market, can generate substantial profit for threat actors – especially if smaller businesses with less advanced security in place are targeted.

Within the Grabit campaign, sectors and industries relating to chemicals, nanotechnology, education, agriculture, media and construction were targeted, among others. Ido Noar, a senior security researcher from Kaspersky's Global Research & Analysis Team commented: "We see a lot of spying campaigns focused on enterprises, government organizations and other high-profile entities, with small and medium-sized businesses rarely seen in the lists of targets. But Grabit shows that it's not just a "big fish" game – in the cyber world every single organization, whether it possesses money, information or political influence, could be of potential interest to one or other malicious actor."

Infection begins through a phishing campaign. An employee at an SMB receives an email with a malicious attachment disguised as a Microsoft Office Word (.doc) file. Once downloaded on to a Windows machine, the spyware is delivered to the victim PC via a remote server taken over by the group which then serves as a malware hub. HawkEye keylogger software and a configuration module containing a number of Remote Administration Tools (RATs) are delivered to spy upon the machine, potentially control the PC remotely and steal files.

Grabit is still active, and to emphasize this threat, Kaspersky Lab said that a keylogger used on May 15th by just one of the campaign's command-and-control (C&C) servers was able to steal 2,887 passwords, 1,053 emails and 3,023 usernames from 4,928 different hosts, internally and externally -- including from Outlook, Facebook, Skype, Gmail, Pinterest, Yahoo, LinkedIn and Twitter, as well as bank accounts.

Kaspersky have labelled the Grabit campaign threat actors as "erratic," as they do not bother to disguise their activities – placing the campaign's own security at risk by using the same hosting server and credentials throughout. On the other hand, "strong mitigation techniques" are used to blind the prying eyes of analysts.

At a result, the security team believes some members of the group are more focused on concealment than others. Noar added: "Grabit shows that it's not just a "big fish" game - in the cyber world every single organization, whether it possesses money, information or political influence, could be of potential interest to one or other malicious actor. Grabit is still active, and it's critically important to check your network security to ensure you're safe."

Kaspersky suggests that SMBs use advanced, up-to-date antivirus solutions and keep software patched to stay safe. In addition, businesses should check to make sure grabit1.exe files are not within Windows System Configurations, and if executable files are within the C:\Users\ \AppData\Roaming\Microsoft location, this could be an indication of infection.