Google's Invasion of Privacy or Way to the Matrix

What Google just announced at its I/O developer conference is a bombshell for the future of the company. For years the search giant has witnessed the chipping away of its core product — search — due to the rise of mobile applications and their siloed-off experiences. 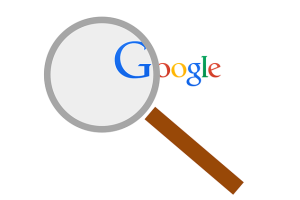 Users are engaging more and more with programs that have no attachment and often no requirement for search on the broad web, and as a result Google's position as the owner of our habits, security interests, and needs across the internet has looked increasingly at risk. But Google might have just changed its trajectory.

The company demoed a new feature within its Android OS which allows the Now service (a dashboard of notifications focused on your life and interests) to plug in as a layer that essentially hovers above any app running on your phone or tablet. Activated by the home button, it's always there. This means that you can get contextual search information around almost anything you're doing, provided there is text and data that Google can pull from the app itself. And the best part is that developers won't have to make any changes to their existing software to allow the new service — dubbed Now on Tap — to bring search and context into the user's view.

For instance, while listening to music in Spotify you can search for more info on an artist across the entire web, or if you're talking about a restaurant with a friend in WhatsApp messenger, Google can pull up data on the place and even help you make reservations. And this is not a feature of the app itself, rather an assistant that lives as part of the entire operating system.

This is a major move for two reasons. The first is that it really brings Google back to a place of dominance as the glue that holds your digital life together. The web has thrived and grown in no small part because of Google's ability to track, organize, and understand all of its disparate pieces. Now it's able to do the same thing with every app running on your phone. It allows Google to get back into the search game by speaking the common language of apps. It gives the company a second life with secure access to user behavior and needs.

But secondly, it starts to show how Google can be an interconnecting layer between the apps themselves — a kind of neutral staging ground between one action and another. This is a sea-change for how we use our mobile devices and how mobile apps interact with one another. Currently, we use operating system-defined tools which let apps interact with each other (with rules set out by the OS-makers, not developers). But imagine if developers didn't have to think about how their work connects to the rest of your world? Imagine if Now on Tap is aware enough of the core functions of those apps that it can predict what you'd most likely want to do with them, and then execute on those needs?

That's the ultimate promise of Now on Tap — and it's a game changing one. However, the technology has its limits. There's no chance a service like this will ever make its way to Apple's iOS given the closed nature of the operating system (and the fact that Apple will undoubtedly take a stab at the same concept). And Google also has to prove that this kind of natural language processing can work effectively enough to live up to the company's promise of a seamless experience. But if the service is as impressive as what Google just showed off on stage in San Francisco, there's a whole new world ahead of us for our devices. One that's more connected than ever.

OUR POINT
What's really shocking about the news?
1. Google openly and proudly says that it starts mass surveillance and it will track everybody, mostly those people who use Android.
2. The reaction of people from the I/O developer conference is joy and applauses. The reaction of blogosphere is also positive. The world admires the innovative digital leader of the whole planet.
3. Only some people may really understand that Google’s Now on Tap service has neglected our privacy and put the security of each Android user under threat.
It’s a pity…
Tags:
Google trends Android Google Now
Source:
Bloomberg
2621
Other NEWS
3 Jul 2020