UK data breach investigations within the financial services industry almost trebled over the last two years, according to security figures acquired via a Freedom of Information request to the Information Commissioner’s Office, with human error almost always responsible. 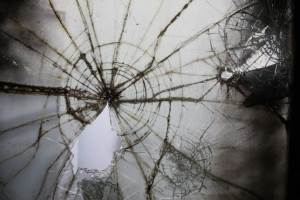 The 183 per cent rise in reported Data Protection Act (DPA) incidents incorporated 585 events reported to the ICO during 2014 alone. In total, 791 incidents have been investigated since the start of 2013.

All of the UK’s major banks and lenders – including Barclays, HSBC, Lloyds Banking Group, Natwest, Nationwide and Santander – have reported multiple incidents to the ICO in the last two years. It’s not clear from the request how serious these breaches might have been. The figures — obtained after a filing by encryption security services firm Egress Software Technologies — come during a period of increased scrutiny of how the financial services industry handles confidential personal and corporate data. Most recently, the Bank of England was revealed to have inadvertently sent sensitive financial information regarding contingency plans if the UK left the EU to the wrong email address — a journalist in fact.

Human error was blamed for the vast majority (93 per cent) of the breaches in the financial services industry covered by Egress’ FOI request. Across all industries, the ICO has issued civil monetary penalties of more than £7.5m, £455,000 of which were levied against financial services organisations. This figure could potentially be set to rise when proposed reforms to the EU General Data Protection Regulation are enacted in the coming years. It is expected that the new legislation will introduce fines of up to two per cent of annual turnover for a security breach.

“The financial services industry has a responsibility to us all to ensure that the information they manage on our behalf, including bank accounts, mortgages and insurance policies, is protected in a highly secure way," said Egress chief exec Tony Pepper. Today’s report, however, highlights major concerns over the mistakes they’re making with the information entrusted to them, whether that be citizens’ personal details or highly confidential reports about the economic future of the country.

During 2014, the legal sector saw less than a third the volume of incidents reported by the financial services sector, which still prompted Information Commissioner Christopher Graham to warn law firms last August. The financial services industry, by contrast, has escaped a public rebuke despite seemingly having more problems.

“It is staggering to see financial services firms reporting more than three times the number of incidents of the legal sector, which has recently come under targeted fire from the ICO. Today’s findings suggest that similar, if not harsher, criticism ought to be levied at the banks, building societies and insurance firms too,” Pepper added.